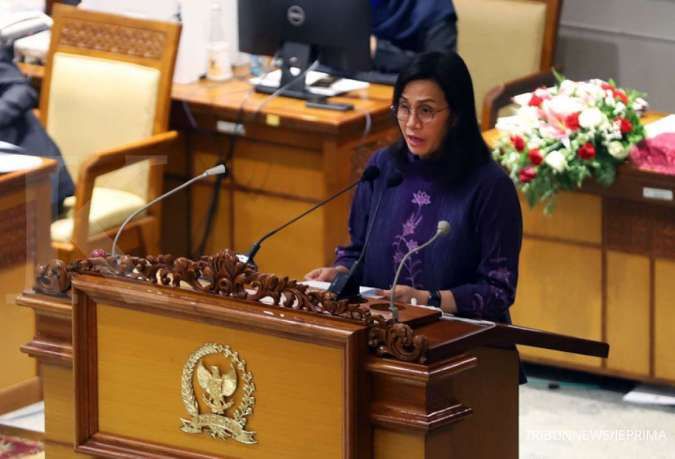 KONTAN.CO.ID - JAKARTA. Indonesia's economy may contract at a steeper pace than expected in the third quarter, after coronavirus curbs were reinstated in the capital, Finance Minister Sri Mulyani Indrawati said on Tuesday.

Jakarta, which contributes almost a fifth of gross domestic product (GDP), began imposing curbs on Monday to rein in an outbreak that has overwhelmed its healthcare system. They will run initially for two weeks but could be extended.

Sri Mulyani said the step could cause the economy to contract beyond her outlook range of zero to a shrinkage of 2.1%, even though the curbs were less stringent than those imposed from March to early June.

The economy was still expected to strengthen in the year's final quarter, Sri Mulyani added, giving an outlook for growth in the range of 0.4% to 3.1%.

"However...we see a possibility that because of what happens in Jakarta, we have to brace for the potential that we will be in the lower end of that range," she said.

Jakarta, a city of 10 million people, reported more than 1,000 cases on Tuesday, while nationwide infections rose 3,507 for a tally of 225,030, official data showed. Indonesia's death toll of 8,965 is the highest in Southeast Asia