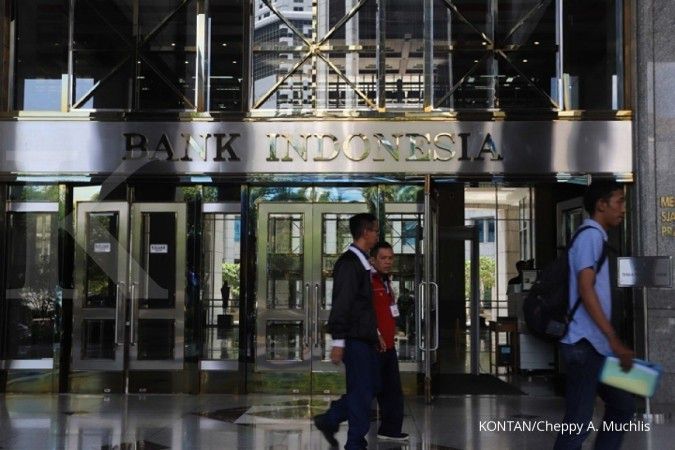 ILUSTRASI. Indonesia's third-quarter current account racked up a surplus of $4.5 billion or 1.5% of GDP, the largest in 12 years.

KONTAN.CO.ID - JAKARTA. Indonesia's third-quarter current account racked up a surplus of $4.5 billion or 1.5% of GDP, the largest in 12 years, as merchandise exports got a boost from high commodity prices, central bank data showed on Friday.

Prior to the COVID-19 pandemic, Indonesia had since late 2011 had a persistent current account deficit that it covered with portfolio inflows. This had caused the rupiah currency to swing significantly during times of capital outflows.

But as the pandemic-induced economic recession suppressed demand for imports and exports surged due to the commodity price upcycle, the resource-rich nation has been able to improve its external balance.

The current account surplus in the July-September period was the biggest since the fourth quarter of 2009 as a percentage of gross domestic product, according to central bank data.

Indonesia had a $2 billion deficit on the current account in the second quarter, or 0.7% of GDP.

The third-quarter current account surplus helped Indonesia post a surplus of $10.7 billion on the balance of payments (BoP), which compared with a deficit of $0.4 billion in the previous three months.

"When we have a BoP surplus, our foreign exchange reserves will rise and that should be positive for the rupiah for the short to medium term," said Josua Pardede, Bank Permata's economist.

"This could also offset the impact of (the U.S.) tapering this year or any accelerated Fed fund rate hike next year," he added.

Indonesia reported a record $5.7 billion surplus in trade in goods in October, boosted by shipments of coal, palm oil and steel, which would bode well for the fourth-quarter current account.

Southeast Asia's largest economy is on track to post its first full-year current account surplus in a decade in 2021, reaching 0.1% of GDP, Bank Mandiri's economist Faisal Rachman said in a note.