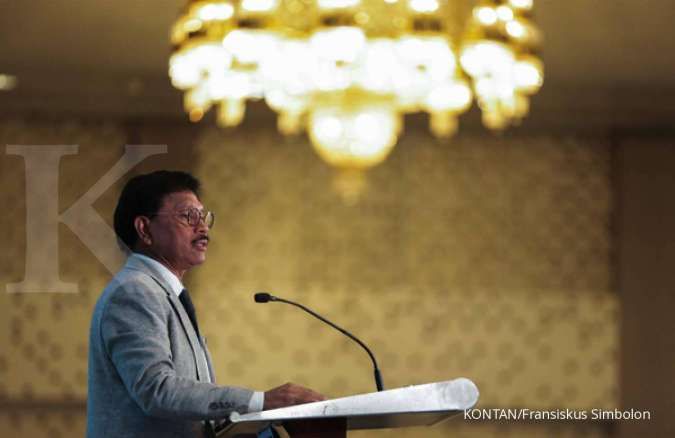 KONTAN.CO.ID - JAKARTA. Indonesia's government has submitted a bill to parliament aimed at protecting consumer data in the digital era, which includes punishment of up to seven years in jail for distribution of personal data without consent, a minister said on Tuesday.

The data protection bill comes amid a boom in Indonesia's digital economy, the largest and fastest-growing in the region and expected to reach $130 billion by 2025, according to a report by Google, Singapore state investor Temasek Holdings and global business consultants Bain & Company.

"Data protection law is important, relevant in the global life as the economy has transformed lives in the digital era," Communications Minister Johnny G. Plate told a news conference.

Under the rules, a person must provide explicit consent to provide data, such as name, sex, nationality, religion, medical records, biometrics and sexual orientation, to another party, according to a copy of the bill reviewed by Reuters.

Such information can only be used for reasons agreed by the data owner, and trading of private data will be prohibited.

Using other people's private data without permission will be a punishable crime that carry a maximum seven-year jail term or a fine of as much as 70 billion rupiah ($5.13 million).

Indonesia, one of the top five markets globally for U.S. tech giants Facebook and Twitter, currently has weak rules on personal data protection.

Firman Kurniawan, a digital communications expert from the University of Indonesia, said the bill "means a lot" for consumer protection.

"It means we will know what (digital firms) will do to our personal data, what they will be used for and how valuable they are and whether we can retract them," Kurniawan said.

Indonesia E-Commerce Association (IDEA) Chairman Ignatius Untung also welcomed the bill, saying data protection will give bargaining power to consumers, but he said government should provide enough time for the industry to adapt to the new rule.