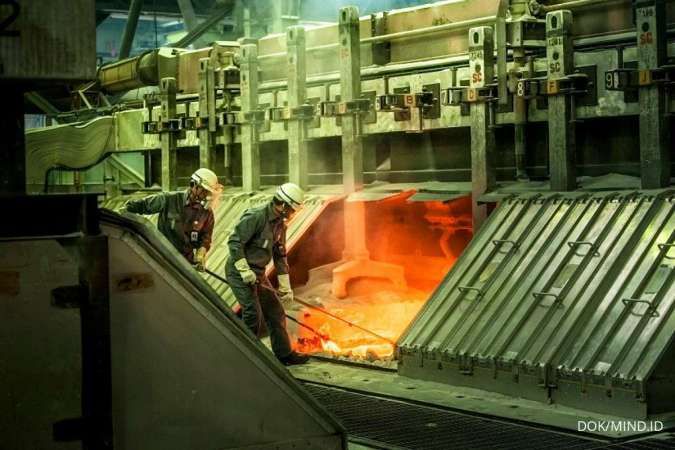 KONTAN.CO.ID - JAKARTA. A unit of Indonesian state miner MIND ID could scrap a contract to build an $831.5 million alumina smelter due to a lack of agreement with contractors, its director said on Tuesday, noting there was still a target to finish the project by 2024.

The contract could be terminated if the contractors had no agreement by October, MIND ID director Danny Praditya, told a parliamentary hearing.

Borneo Alumina Indonesia, a joint venture between miners Aneka Tambang (Antam) and Inalum - both units of MIND ID - is the project owner of the smelter, situated in Mempawah, in West Kalimantan province on Borneo island

"Until now there has been a 16-month delay, which we calculate would mean potential revenue loss of $450 million," Darwin Saleh, a director at Borneo Alumina, told the hearing.

The completion of the project, which was contracted in 2020, was originally targeted for 2022. The dispute has already pushed back the target to 2024.

Most recently, the contractors have asked for the deadline to be further pushed to 2025, Praditya said, adding that Borneo Alumina has rejected this and demanded that the contractors stuck to their last agreements on timeline.