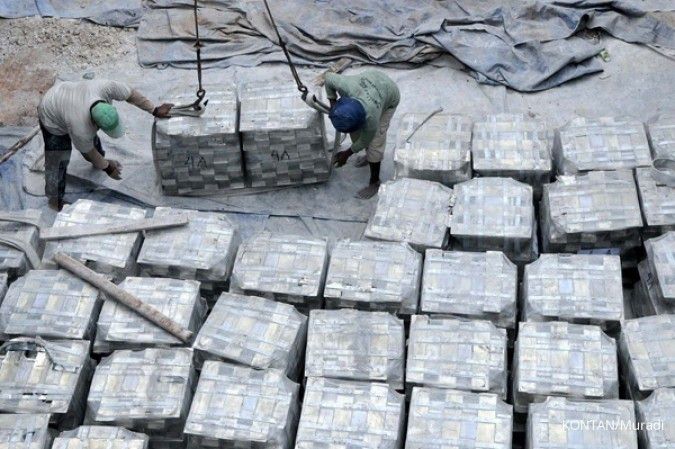 KONTAN.CO.ID - JAKARTA. Major tin exporter Indonesia is planning to raise the level of a royalty tariff imposed on the production of tin and bring in a progressive structure tied to international prices, a senior government official said on Tuesday.

The plan was intended to increase government revenues from tin mining, director general of mineral and coal at the energy ministry Ridwan Djamaluddin said in a parliamentary hearing.

The current royalty tariff for tin is set at 3% and imposed on production but based on the sale price. Ridwan said the government wanted to charge higher tariffs when prices were rising.

"We are simulating the numbers so that state will receive more revenue, and revenue for business entities will decrease but not too much. We'll find a middle ground that is acceptable to both parties," he said, without providing more details.

Ridwan also said his ministry has been preparing policy recommendations for President Joko Widodo about a planned ban on exporting less processed tin. The president has brought up the idea in a bid to attract foreign investment into tin processing after a similar ban on shipments of nickel.