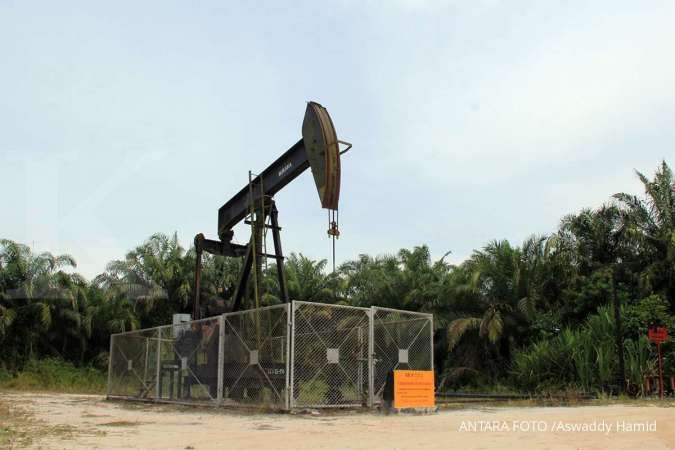 ILUSTRASI. Indonesia is putting eight new oil and gas blocks located across the archipelago up for bids

KONTAN.CO.ID - JAKARTA. Indonesia is putting eight new oil and gas blocks located across the archipelago up for bids, Tutuka Ariadji, the director general of oil and gas at the country's energy ministry, said on Monday.

The oil and gas blocks had a total capacity of at least 500 million barrels of oil and 22 trillion cubic feet of gas, data presented at an energy conference by Ariadji showed.

"We invite potential investors who are interested, who have technical capabilities and have good financial ability to participate in this bidding round," Ariadji said.

The blocks offered are: the West Palmera and Bertak Pijar Puyuh blocks on Sumatra island, the Paus offshore field in Natuna, the North Ketapang and Agung I blocks in North Java, the Karaeng and Agung II blocks in South Sulawesi, and the Maratua block in East Kalimantan.

The Bertak Pijar Puyuh, North Ketapang, Agung I and Agung II blocks will be offered via a "direct proposal tender", while the rest will be offered in a regular tender, Ariadji said.

Direct proposals will utilise the "production sharing contract", under which contractors shoulder the cost of exploration and production in exchange for retaining a bigger portion of the oil and gas they recover.

Regular open tenders will allow flexibility for contractors to choose between a production sharing contract or a gross split scheme, under which the government reimburses the exploration and production costs shouldered by the contractors in exchange for a higher share of companies’ oil and gas earnings.

This is the second round of oil and gas bids Indonesia has issued since the pandemic started.