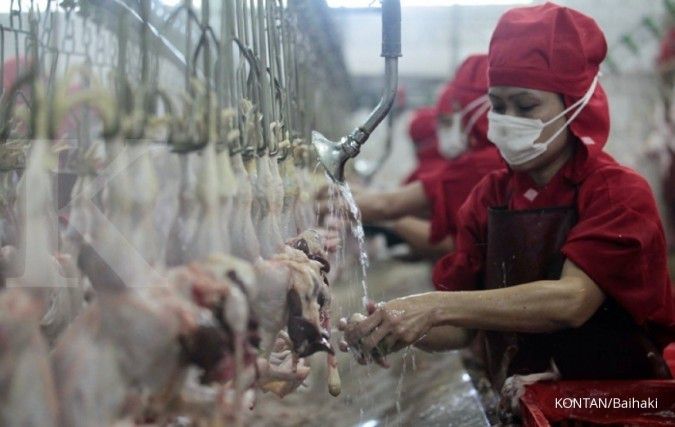 The move had a knock-on impact in Singapore with restaurants and street stalls hiking prices of its de-facto national dish, chicken rice.

The Singapore Food Agency (SFA) said in a statement it was "working closely" with Indonesian authorities over accreditation of the country as a potential source of chicken imports.

Indonesia, Southeast Asia's biggest and most populous country with more than 270 million people, currently has a surplus in chicken production.

Indonesia produces 55 million to 60 million birds per week, with a surplus of around 15% to 20% after domestic consumption, Achmad Dawami, the chairman of the Indonesian Poultry Breeders' Association, told Reuters.

Exports to Singapore, which has an estimated demand of 3.6 million to 4 million birds per month, could help close the gap, Dawami said.

"Hopefully within the next two weeks there would be realisation, if we have to wait for months we will miss the momentum," Dawami said.

But a ban on exporting commercial broiler chicken - which makes up the majority of Singapore's chicken imports from Malaysia - and other types of chicken products will remain. Prices of chicken, one of Malaysia's cheapest sources of protein, have soared in recent months as a global feed shortage exacerbated by the Russia-Ukraine war disrupts production.