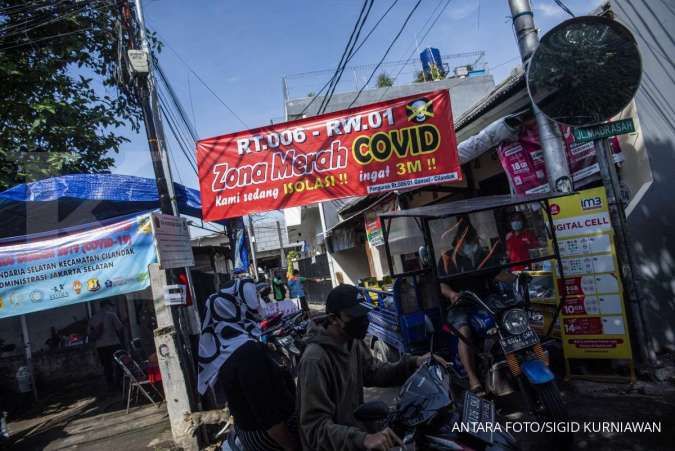 ILUSTRASI. The tighter regulations will apply for two weeks in 29 "red zones" nationwide where infection rates are high

KONTAN.CO.ID - ​JAKARTA. Indonesia passed the 2 million mark in coronavirus cases after a record in new infections on Monday, as authorities announced a tightening of restrictions to contain the spread in the world's fourth most populous country.

Indonesia has been grappling with a spike in coronavirus cases this month and reported 14,536 new infections on Monday, taking its total to 2,004,445, among the highest case numbers in Asia.

The tighter regulations will apply for two weeks in 29 "red zones" nationwide where infection rates are high, with religious activities at houses of worship suspended and restaurants, cafes and malls required to operate at 25% capacity, Coordinating Economic Minister Airlangga Hartarto said.

Those areas include Kudus in Java, Bangkalan on Madura island and parts of Riau, in Sumatra, and the capital Jakarta, where police announced a curfew in 10 locations between 9 p.m. and 4 a.m.

Vital sectors such as basic services can operate at normal capacity with stricter health protocols, while offices outside of red zone areas must operate at under 50% capacity.

"It was reported to the president that there are 87 regencies and cities where hospital capacity is above 70%," Airlangga told a news conference, explaining the reason for the curbs.

In the district of Kudus, where hundreds of healthcare workers have been infected, bed occupancy rates exceeded 90% last week.