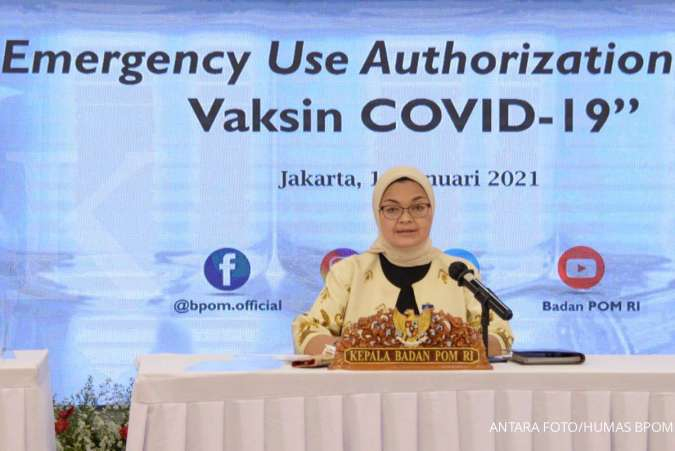 Indonesian authorities say they have also secured a total of nearly 330 million doses of vaccine from Sinovac and other companies for a campaign they expect to take 15 months to reach herd immunity once two-thirds of Indonesians are vaccinated.

Siti Nadia Tarmizi, a health ministry official, told Reuters that the approval "would greatly help medical workers as frontliners against COVID-19. This would protect them and reduce deaths among them."

She said over 500 medical workers have died.

Sinovac has been overseeing late-stage clinical trials in Indonesia along with local state-owned drugmaker Bio Farma.

Some 1.3 million frontline workers are due to be among the first to receive the vaccines. But as it seeks to revive its economy, Indonesia then plans to prioritise younger workers rather than the vulnerable elderly as many countries have done.

In a possible boost for acceptance in the world's largest Muslim majority nation, the vaccine was declared "holy and halal" last week by the Indonesian Ulema Council.

But public health workers report scepticism, particularly given it is the first major international campaign using the Sinovac vaccine.

Irma Hidayana, co-founder of Indonesia's LaporCOVID-19, an independent coronavirus data initiative, said at the Reuters Next conference on Monday public trust in vaccines was a major issue.

A recent survey by the group found 69% were uncertain about getting vaccinated.

Based on traditional vaccine technology that uses inactivated coronavirus, CoronaVac can be stored at normal fridge temperatures of 2-8 degrees Celsius (36°-46°F) and may remain stable for up to three years.