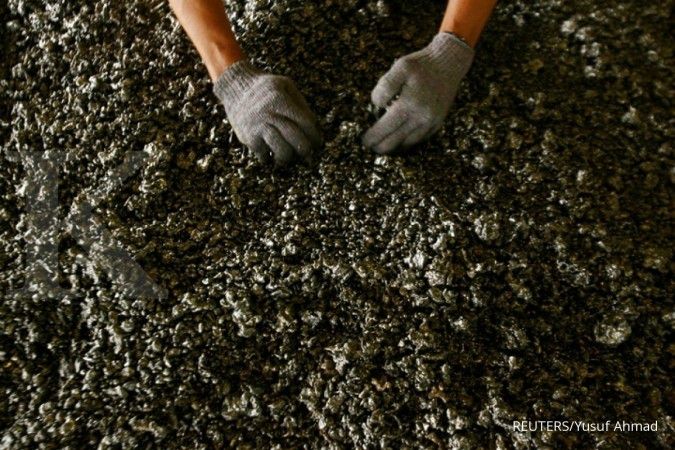 ILUSTRASI. A worker displays nickel ore in a ferronickel smelter

Among the companies allowed to export ore again are state-controlled miner PT Aneka Tambang and PT Trimegah Bangun Persada, according to an official document reviewed by Reuters and verified by a mining ministry official on Monday.

Indonesia, the world's biggest nickel ore exporter, had halted shipments on Oct. 28 following reports showed a surge in exports after the country brought forward a ban on exports by two years to January.

To export nickel ore, Indonesian miners are required to build smelters and authorities would review progress of their projects every six months.

"The nine companies have shown that their smelter projects were progressing as planned, have valid exports approval documents and their ores met with required contents," Pambudi said to reporters after a meeting with Luhut Pandjaitan, the coordinating minister who oversees the mining sector.

Two other exporters are still facing further review related to the progress of their smelters development, Pambudi said.

Authorities were reviewing a total of 11 companies, he said.

Luhut Pandjaitan also told reporters that the review of the two other companies will "hopefully" finish this week.

"As long as they follow the rules, we will let them export," he said.

The export surge reportedly included large sales of high-grade nickel ore though Indonesia only allows exports of ore with less than 1.7% nickel content.