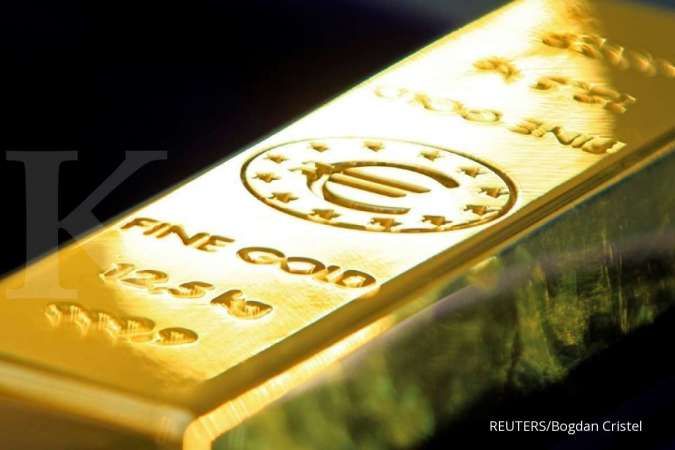 KONTAN.CO.ID - LONDON. Gold prices steadied in a tight range above the $1,900 an ounce level on Friday, tracking a subdued dollar, but fading chances of an U.S. stimulus agreement before the presidential election kept bullion on track for its first weekly decline in three.

"With a stimulus bill this year highly uncertain, gold remains beholden to the USD," said Tai Wong, head of base and precious metals derivatives trading at BMO.

"While sentiment for gold remains strongly bullish without a strong short-term driver, we seem to be oscillating around $1,900 unable to substantially break the month-long range of $1,850-$1,950."

The dollar index eased 0.2% on the day, but was on track for a weekly gain, making it more expensive for holders of other currencies to buy gold.

Democrats and Republicans seemed unlikely to agree on a U.S. stimulus deal before the Nov. 3 election even as coronavirus cases continue to rise and a labour market recovery stalls.

Gold, which has risen nearly 27% so far this year, is considered a hedge against inflation and currency debasement amid the unprecedented global levels of stimulus.

"With so much event risk on the horizon, culminating with the U.S. elections, we have likely seen the lows in gold for the next month or so," Jeffrey Halley, senior market analyst at OANDA, said in a note.