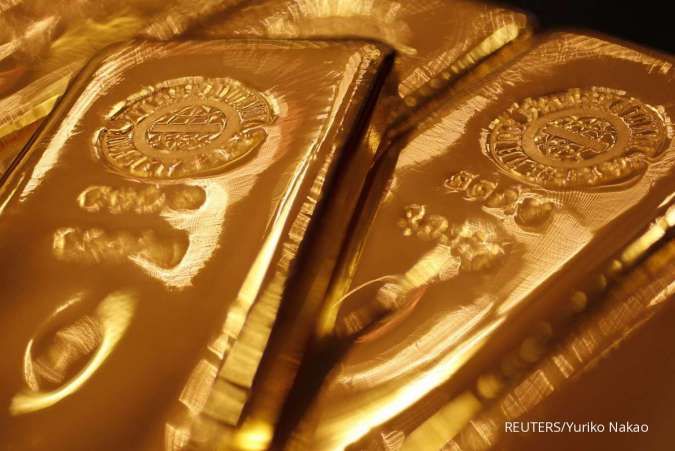 "There is flight to safety. Gold just seems to do better when markets are declining," said Jeffrey Sica, chief executive officer of Circle Squared Alternative Investments

"The U.S. dollar is weakening and that's one of the reasons why we're seeing the rally in gold, which I think it is going to just accelerate from here."

The dollar was hovering close to an eight-month low after a raft of data showed that the U.S. economy was losing momentum, making gold cheaper for holders of foreign currency.

Data on Wednesday showed U.S. retail sales fell by the most in a year in December, while producer prices fell more than expected last month, offering evidence that inflation was receding.

Meanwhile, Boston Fed President Susan Collins said the Fed would need to raise interest rates to "just above" 5% and hold them there, the latest central banker to suggest a higher policy rate to combat inflation.

However, traders see rates peaking at 4.85% by June, with a 25-basis point rate hike baked in for February.

Given the mixed messaging coming from Fed officials, gold has struggled to gain a firm footing above $1,920 and is looking distinctly overbought on the charts, independent analyst Ross Norman said.