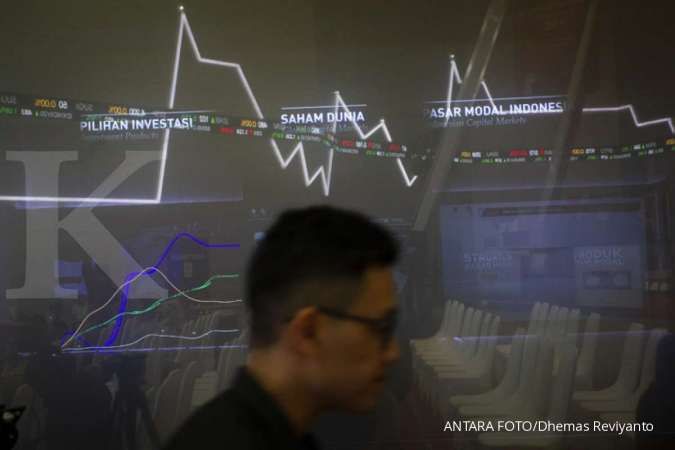 ILUSTRASI. A gauge of Asian shares was toppled from an 18-month top on Monday.

KONTAN.CO.ID - SYDNEY. A gauge of Asian shares was toppled from an 18-month top on Monday as heightened Middle East tensions sent investors scurrying for the safety of gold, which hit a near seven-year high while oil jumped to four-month peaks.

The United States detected a heightened state of alert by Iran's missile forces, as President Donald Trump warned the U.S. would strike back, "perhaps in a disproportionate manner," if Iran attacked any American person or target.

Iraq's parliament on Sunday recommended all foreign troops be ordered out of the country after the U.S. killing of a top Iranian military commander and an Iraqi militia leader.

Oil prices added to their gains on fears any conflict in the region could disrupt global supplies.

"The risk of further escalation has clearly gone up - given the direct attack on Iran, Iran's threat of retaliation and Trump's desire to look tough - posing the threat of higher oil prices," said Shane Oliver, chief economist at AMP Capital.

"Historically though oil prices need to double to pose a severe threat to global growth and we are long way from that."

Japan's Nikkei slid almost 2% in a sour return from holiday, while E-Mini futures for the S&P 500 fell 0.5% in very choppy trade.

Chinese shares opened in the red too, with the blue-chip CSI300 index off a shade while Australian shares were off 0.4%.

Sovereign bonds benefited from the safety bid with yields on 10-year Treasuries down at 1.769% having fallen 10 basis points on Friday. Treasury futures gained 5-1/2 ticks.

The dollar was steadier against the other majors, with the euro little changed at $1.1161. Against a basket of currencies, the dollar was holding at 96.86.

The risk sensitive currencies of Australia and New Zealand were on track for their fourth straight session of losses.