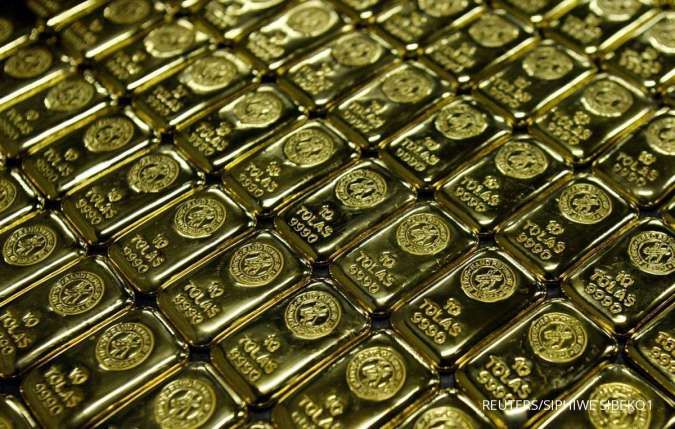 The dollar index was up 0.2%, making the greenback-priced metal more expensive for buyers holding other currencies.

"Currently, we are seeing a correction in prices after yesterday's rally. Gold is likely to find it difficult to build directional momentum one way or another until the Fed meet," said Ilya Spivak, head of global macro at Tastytrade.

Most investors expect the Fed to deliver a 50-basis point rate hike at its final meeting of 2022 scheduled on Dec. 13-14. Market participants also await the November Consumer Price Index (CPI) report due on Dec. 13.

Gold will probably trade in a $1,765-$1,795 range in the run-up to the Federal Open Market Committee meeting, said OCBC FX strategist Christopher Wong, adding that the key focus remained on how hawkish the Fed might sound.

Gold is traditionally known as an inflation hedge and safe investment during economic and geopolitical turmoil. However, higher interest rates tend to increase the opportunity cost of holding gold as the metal yields no interest.

"If the Fed outcome is in line with expectations, the market will be relieved that it is not worse than expected. The dollar might get weaker and this will anchor gold a bit," Spivak said.

Baca Juga: Gojek Most Used for Transportation and Logistics in Indonesia

Meanwhile, Russian President Vladimir Putin has acknowledged that his army could be fighting in Ukraine for a long time.