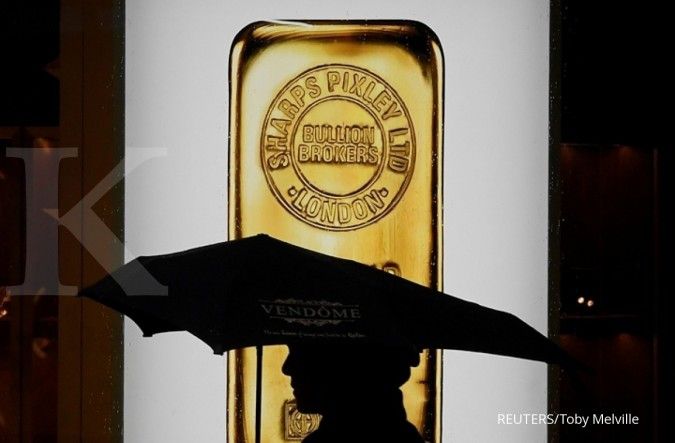 ILUSTRASI. Gold rose on Friday and was set to post its first weekly rise in four

KONTAN.CO.ID - TOKYO. Gold rose on Friday and was set to post its first weekly rise in four, propped up by a subdued dollar as investors awaited data that could shed more light on the U.S. inflation picture.

"Gold prices are congested in a tight range," said Hareesh V., head of commodity research at Geojit Financial Services. "Inflation concern is the main reason why prices are not plummeting from this point."

Gold is viewed as a hedge against higher inflation that could follow stimulus measures. On investors' radar is U.S. producer price data due later in the day.

The dollar index was headed for a weekly decline after rising nearly 2% last week on the Fed's hawkish signal.

Fed chief Jerome Powell, however, said earlier this week that inflation would not be the only determinant of interest-rate decisions, calming investors worried about policy tightening.