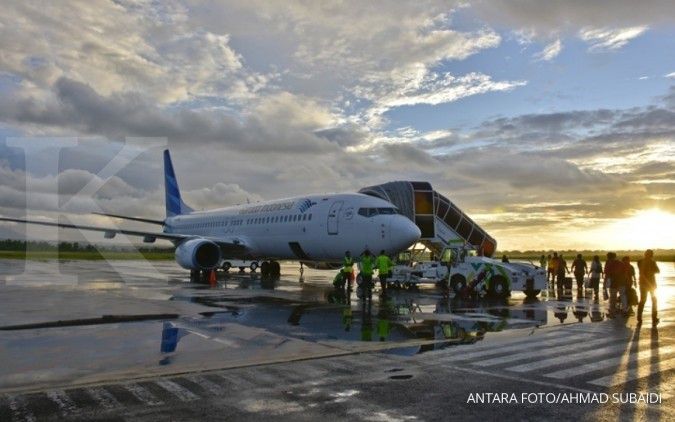 KONTAN.CO.ID - JAKARTA. National flag carrier Garuda Indonesia has maintained its status as a five-star airline after it was given the rating by British-based global airline consultancy Skytrax, while its subsidiary, low-cost airline Citilink, received a four-star rating.

Skytrax CEO Edward Plaisted handed over a certification of renewal to Garuda Indonesia president director Pahala N. Mansury on the sidelines of the 2018 Singapore Airshow at the Changi Exhibition Center in Singapore on Thursday.

Pahala said the achievement reflected hard work and a strong commitment by Garuda management and its employees in maintaining high-quality services.

“The achievement is of great importance for Garuda because the Skytrax airline rating system is an instrument to measure service quality. It could improve the airline's competitiveness,” Pahala said in a statement, adding that it also reflected the country's hospitality industry, which could help to strengthen national branding.

Of 200 airlines that were inspected, only 10 were given a five-star rating by Skytrax. The nine others are Singapore Airlines, Cathay Pacific, EVA Air, Qatar Airways, Etihad, Asiana Airline, All Nippon Airlines, Hainan Airlines and Lufthansa.

Meanwhile, Citilink received a four-star rating, making it the first low-cost airline in Asia to have received the status. Among other airlines that were given the four-star rating are Norwegian Air and EasyJet from the UK.