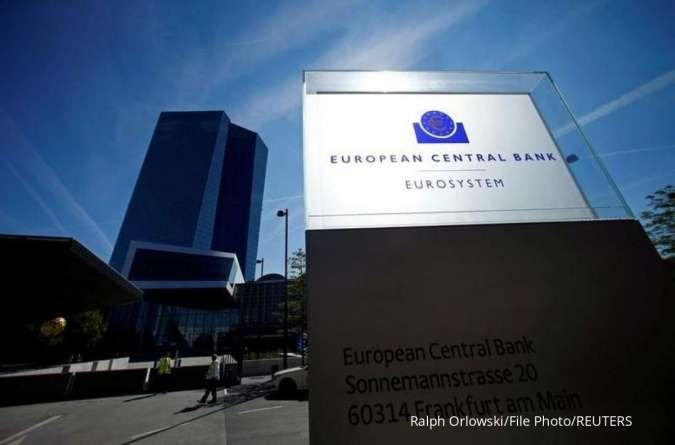 KONTAN.CO.ID - FRANKFURT. The European Central Bank plans to end asset purchases in the third quarter, it said on Thursday, accelerating its exit from extraordinary stimulus in a surprise move, as soaring inflation outweighs concerns about Russia's shock invasion of Ukraine.

With price growth in the euro zone at a record high even before Moscow began its assault on Feb. 24, policymakers were already pushing for a quicker exit from its asset purchases, opening the way for an interest rate hike late this year.

Although the war has challenged this view, February's record 5.8% rate and the prospect of an even higher reading in March raised pressure on the bank to act in line with its mandate of keeping price growth at 2%.

The move still comes as a surprise for investors who had expected the ECB to make as few commitments as possible, keeping its options open until there is more clarity about the war, the impact of sanctions and the future course of commodity prices.

In Thursday's decision, bank confirmed plans to wrap up its 1.85 trillion euro Pandemic Emergency Purchase Programme at the end of the month and said purchases under the older and stricter Asset Purchase Programme (APP) will be smaller than previously planned.

Buys in the third quarter will be "data-dependent" the ECB added.

"If the incoming data support the expectation that the medium-term inflation outlook will not weaken even after the end of our net asset purchases, the Governing Council will conclude net purchases under the APP in the third quarter, " the ECB said in a statement.

It added that any adjustments in interest rates will take place "some time" after the end of asset buys and they would be "gradual".

Even with the Ukraine conflict creating uncertainty and risking deep cuts to growth, economists had largely seen a removal of ECB stimulus at some point this year as unavoidable.

Inflation across the 19 countries that use the euro could be three times the ECB's 2% target this year and is likely to remain elevated next year, too.

A rebound in economic growth and the tightest labour market in decades should also be pushing the ECB to abandon its ultra-easy policy stance and end a nearly decade-long experiment with unconventional stimulus.

Economists polled by Reuters expect the bond purchases to end in the third quarter and the bank is seen waiting until the last months of this year for its first interest rate rise in over a decade.

Money markets price in a 30 basis point increase to the ECB's deposit rate by December, which would take it to minus 0.2%.

The ECB has kept its rate on deposits below zero, effectively charging banks to park their idle cash, since 2014 to fight what was then sluggish inflation in the euro zone.

But the war in Ukraine, on the euro zone's eastern border, could fundamentally change this outlook.

Some policymakers even argue that high commodity price are in fact deflationary in the medium term, because high fuel bills will limit households' ability to spend on other products and services.

This is why the ECB's inflation projection for 2024 is unlikely to be wildly different from the 1.8% it predicted three months ago.

The war is however likely to set in motion economic forces that could boost prices further out.

Increased defence spending, as outlined by several euro zone members, and a quicker green transition to wean the bloc off Russian gas are both likely to boost government spending and inflation.

These may also be backed by joint European Union debt issuance, and the bloc would be likely to look to the ECB to keep its cost of borrowing down.

It is next to impossible to quantify the inflation costs of these long term decisions, however, so ECB projections will not reflect them, even if policymakers are likely to raise them in the debate.