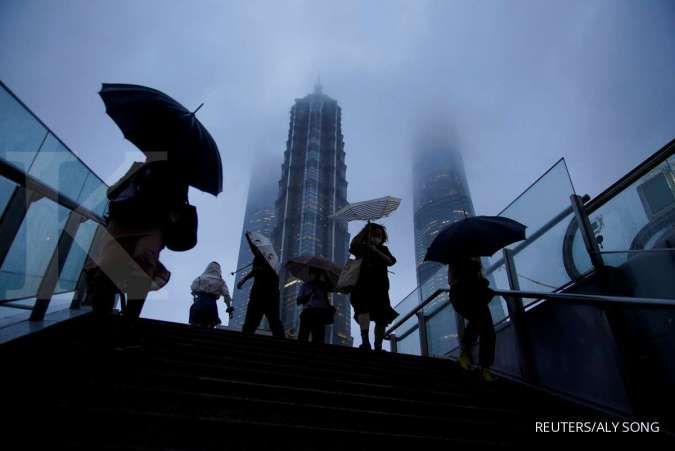 ILUSTRASI. China's first typhoon of the year brought gales and rain to its southern shores on Saturday.

KONTAN.CO.ID - SHANGHAI. China's first typhoon of the year brought gales and rain to its southern shores on Saturday, as forecasters warned of record rainfall and high disaster risk in provinces including Guangdong, the country's most populous.

Typhoon Chaba, the Thai name for the hibiscus flower, was moving northwest at 15 to 20 km (10 to 15 miles) per hour after the eye of the storm made landfall in Guangdong's Maoming city on Saturday afternoon, the National Meteorological Center said in a statement.

Chaba, though medium in intensity and expected to lose strength over time, is likely to bring extremely heavy rains and may break the record for cumulative rainfall as it pulls the monsoon rain belt in the region inland, said Gao Shuanzhu, the centre's chief forecaster.

At risk are the west of Guangdong, where China's typhoons usually linger, the east of Guangxi autonomous region and the island province of Hainan, with rainstorms causing landslides, urban waterlogging and floods, Gao said.

Hainan upgraded its emergency response to Level II, the second-highest, on Saturday. It suspended railway service across the island and cancelled more than 400 flights to and from the cities of Haikou and Sanya.

In Macau, one person was injured due to the wind and rain on Chaba's approach, state televisions reported.

In waters off Hong Kong, which is 270 km (170 miles) northeast of Maoming, more than two dozen crew on an engineering vessel with 30 people on board were missing after it snapped in two in waters as Chaba passed through, authorities said.

In recent weeks, historic rainfall and flooding in southern China have destroyed property, paralysed traffic and disrupted the daily lives of millions in one of the country's most populous and economically key regions.

Extreme weather including unusually heavy flooding is expected to continue in China through August, forecasters predicted this week, with climate change partly blamed.