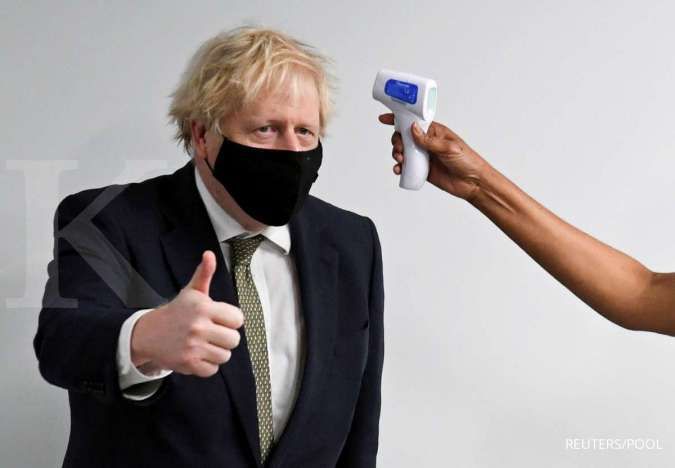 KONTAN.CO.ID - ROME. Britain will send 20 million COVID-19 vaccine doses to developing countries by the end of this year, in what Prime Minister Boris Johnson will tell other world leaders is a much needed step to speed up the post-pandemic economic recovery.

Leaders of the world's 20 richest countries are gathering in Rome at a meeting which Johnson hopes will make progress on producing firm commitments to cut emissions before climate talks in Glasgow at the United Nations COP26 summit.

But he also needs to get the backing from developing countries, some of which are already experiencing the devastating impact of global warming and have struggled to vaccinate their populations against COVID-19 as Western countries race ahead.

At a meeting of the leaders of the seven largest advanced economies earlier this year, Britain pledged at least 100 million shots as part of a G7 aim to offer 1 billion doses, a scheme critics said was too slow and unambitious.

Britain said in a statement it had delivered 10 million doses of the Oxford-AstraZeneca vaccine to the COVAX vaccine-sharing facility, with 10 million more to be delivered in the coming weeks, taking the total to 30.6 million in 2021.

In 2022, Britain will donate at least 20 million more Oxford-AstraZeneca doses and also donate all the 20 million Janssen doses ordered by the government to the COVAX facility, backed by the World Health Organization and the GAVI vaccine alliance.

"Like a waking giant, the world economy is stirring back to life. But the pace of recovery will depend on how quickly we can overcome COVID," Johnson will tell G20 leaders, according to his Downing Street office.

"Our first priority as the G20 must be to press ahead with the rapid, equitable and global distribution of vaccines."

Mass vaccination against the coronavirus is seen as crucial to restoring economic growth, trade and travel, but Western nations are racing ahead of developing countries, many of which have the lowest inoculation rates and rising cases.

One hundred former leaders and government ministers from around the world have called on Italian Prime Minister Mario Draghi, who is hosting the G20 meeting, to address what they said was an unfair distribution of vaccines.

They said the United States, European Union, Britain and Canada would be stockpiling 240 million unused vaccines by the end of the month, which these nations' military could immediately airlift to countries in greater need.

By the end of February a total of 1.1 billion surplus vaccines could be transferred, it said.