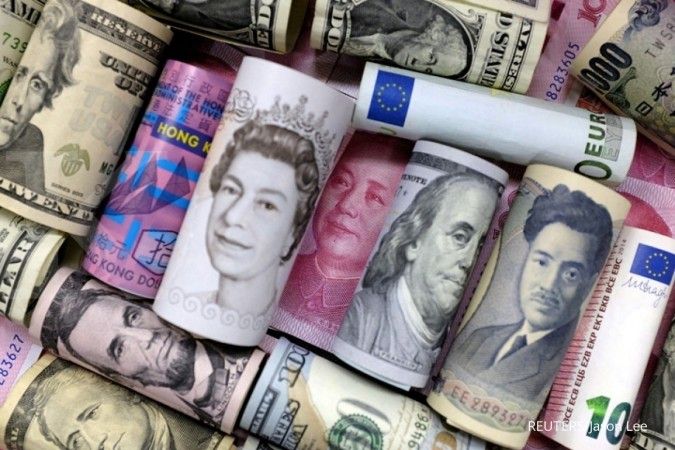 ILUSTRASI. Yen edged about 0.2% higher to 114.50 to the dollar early in the Asia session

KONTAN.CO.ID - SINGAPORE. The safe-haven yen hit a near three-week high and the euro and riskier currencies fell on Tuesday as Russia ordered troops into breakaway parts of eastern Ukraine and the region stood on the brink of war.

"It is remarkably restrained...but in these circumstances  risk metrics are the driving force," said NAB head of foreign exchange strategy, Ray Attrill.

Russian President Vladimir Putin recognised two breakaway regions in eastern Ukraine as independent on Monday and ordered the Russian army to launch what Moscow called a peacekeeping operation into the area.

It was not immediately clear whether action was the start of an invasion of Ukraine that the United States and allies have warned about for weeks, but the West has begun to respond by preparing sanctions.

The Russian rouble tanked more than 3% against the dollar on Monday and extended its slide on Tuesday, edging about 0.3% lower to a 15-month low of 80.3930 to the dollar. Ukraine's currency fell more than 1% on Monday. Read full story

"The sharp sell-off in Russian assets is a stark reminder that tension remains super high and risk sentiment is being hit across equity, credit and bond markets," Westpac analysts said in a note.

"However, the commodity story remains super supportive though and we are in the middle of miner dividend season meaning that we are likely set for more rangy price action around $0.72."