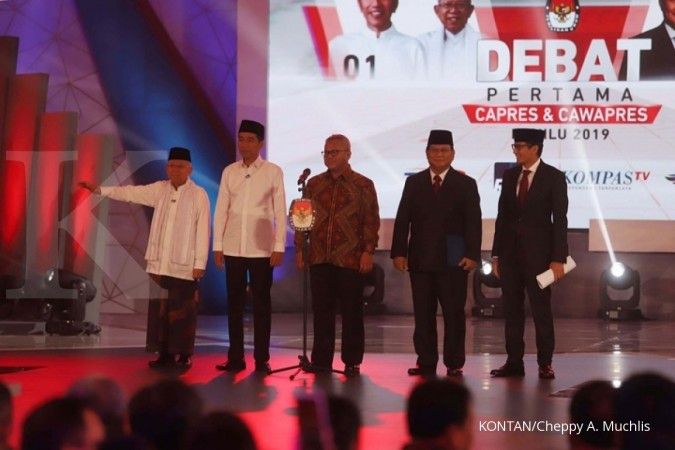 Face-to-face interviews do data collection through questionnaires. The survey, which was held from March 5 to 15, 2019 has a confidence level of 95% and a margin of error of 2.9 percent.

Dika said the high electability difference between Jokowi-Ma'ruf and Prabowo-Sandiaga was due to the high level of public satisfaction with the government's performance.

"The high satisfaction with the performance of the government converted in electability Jokowi which far outperformed Prabowo-Sandiaga, which is 20% adrift," said Dika. (Fabian Januarius Kuwado)

This article has been published on Kompas.com with the title "Survei Vox Populi: Jokowi-Ma'ruf 54,1 Persen, Prabowo-Sandiaga 33,6 Persen".