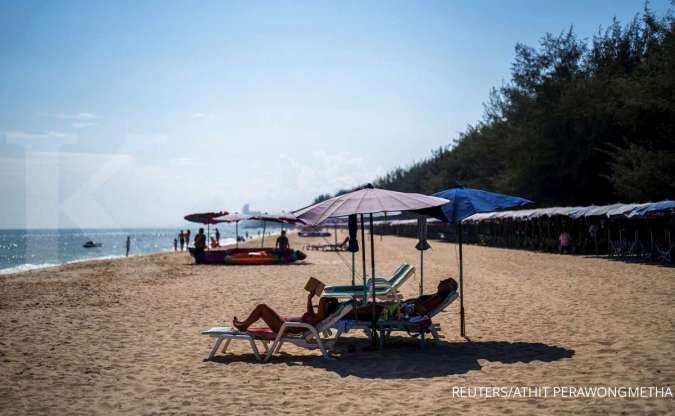 KONTAN.CO.ID - BANGKOK. Thailand's cabinet approved on Monday a further 53.2 billion baht ($1.61 billion) of stimulus to support consumption and tourism to help an economy hit by a fresh coronavirus outbreak.

Of the total, 34.8 billion baht will be distributed between 29 million people between Feb. 1 and April 30, under an existing scheme aimed at encouraging purchases of goods, government spokesman Thanakorn Wangboonkongchana told a news conference.

Some 9.4 billion baht will be offered to holders of state welfare cards and those with special needs to boost spending, he added.

At a separate briefing, Finance Minister Arkhom Termpittayapaisith said the measures to support consumption would inject about 79 billion baht into the economy, which will lift growth by 0.21 percentage points this year.

"These measures will help maintain consumption," he said, adding the economy was still forecast to grow by 3.5% to 4.5% this year.

The measures will be finance by a previously announced borrowing plan with some 100 billion baht available, Arkhom said, adding the government had yet to consider a new borrowing plan.