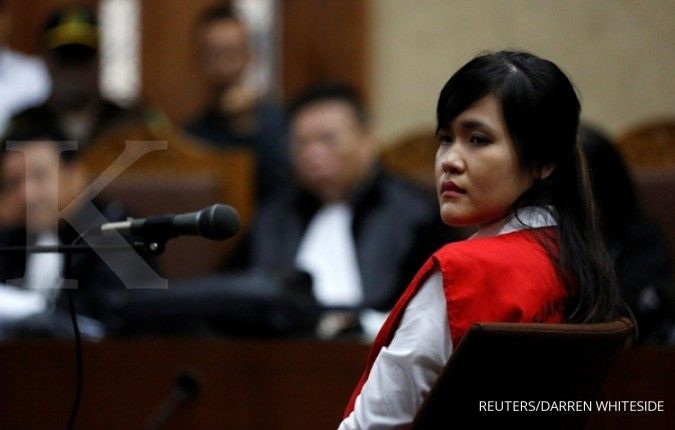 JAKARTA. Prosecutors rebutted the defense submitted by the legal team of defendant Jessica Kumala Wongso, the sole suspect in the murder of Wayan Mirna Salihin, during a hearing at the Central Jakarta District Court on Tuesday.

In the first hearing last week, Jessica’s team slammed prosecutors’ indictment for being unclear, incomplete and inaccurate, and demanded the panel of judges declare the indictment null.

Prosecutor Ardito Muwardi told the court that prosecutors had arranged the indictment properly. The indictment described Jessica as the subject of the case, discussing her calmness before she allegedly poisoned Mirna with a cyanide-tainted coffee at Olivier café, Jakarta, in January.

The prosecutors had also provided a chronology of the incident, showing that Jessica had time to prepare for the murder of her friend, Ardito said.

“The lawyers pointed out that the element of premeditated murder must be supported with an explanation about the object, which is the cyanide. For us, the premeditated murder element is described by the subject of the case, which is Jessica,” Ardito told the court on Tuesday, adding that the indictment had been completed with all formal and material requirements as determined by the Criminal Law Procedures Code (KUHAP).

Ardito claimed he was prepared to answer questions posed by lawyers regarding the material requirements. Therefore, prosecutors demanded the panel of judges proceed with the trial against Jessica.

Otto Hasibuan, one of Jessica’s lawyers, said last week that prosecutors had failed to describe the element of premeditated murder. The key points covered how Jessica poisoned Mirna, where she kept the cyanide and the form of the poison.

The presiding judge adjourned the trial to June 28, when the panel of judges will deliver its interlocutory verdict on Jessica's case.(Callistasia Anggun Wijaya)