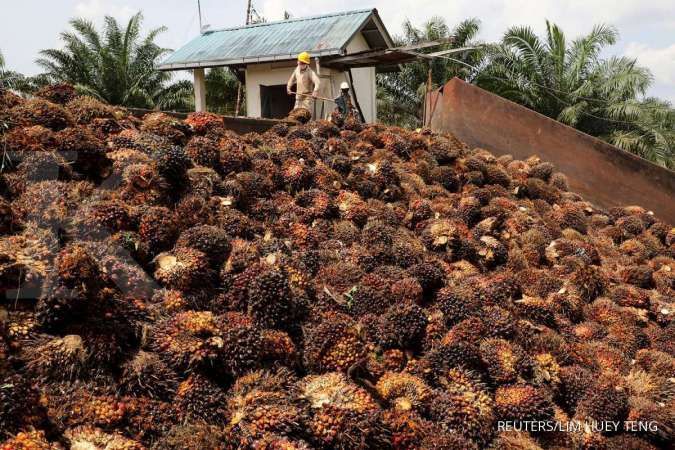 KONTAN.CO.ID - KUALA LUMPUR. Some palm oil millers in Malaysia, the world's second largest producer, have temporarily halted production following a dramatic plunge in prices of the edible oil, a senior official from a miller's association said on Monday.

Malaysian millers purchase palm fruit bunches based on the monthly average CPO price - currently about 6,200 ringgit ($1,408.13) - but sell the extracted oil based on the daily market price.

Malaysia's benchmark CPO futures had rallied to records this year due to a global edible oil supply squeeze caused by a labour shortage, the Russia-Ukraine conflict, and an export ban in top palm producer Indonesia.

The contract fell when Indonesia ended that ban and sought to boost exports, which ignited more market volatility.

At current prices, the mills - which are already facing labour shortages and high input costs - stand to lose at least 150,000 ringgit ($34,067.68) for every 100 tonnes of CPO produced, Yow said, adding that buyers are currently offering around 4,700 ringgit for CPO.

Yow said millers that have delivered on their contracted sales have stopped receiving fresh fruit bunches from suppliers until prices normalise.

The stoppages may range from one day to one week.

"This kind of situation has never happened before in the last 35 years," he added.

He expects operations to normalise in July if price volatility and the difference between the monthly average CPO price and the daily traded price declines. ($1 = 4.4030 ringgit)