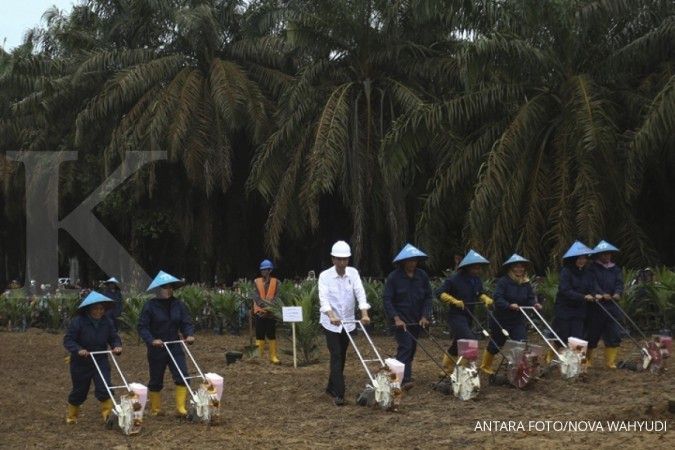 “In Musi Banyuasin, we will replant oil palm trees on 4,400 hectares as the existing trees are too old,” said Jokowi, who marked the start of the replanting program by planting a young oil palm tree.

The government will distribute young oil palm trees to the growers together with corn seeds to be planted as side crops at the oil palm plantation, he added.

Jokowi told oil palm tree growers that the government was preparing land certificates for forest land that had been converted to oil palm plantations by locals. “We will certify the land, especially those owned by [local] people,” Jokowi added.

As the world’s biggest exporter of palm oil, Indonesia produced 35 million tons of palm oil last year, around 55 percent of global production. The country plans to increase production to 42 million tons by 2020 to maintain its global lead.

The replanting program will be implemented in North Sumatra, Jambi and Riau this year, and then Kalimantan next year, Jokowi added.

He said the newly planted oil palm trees would produce 8 tons of palm oil per hectare, more than the 20-year-old trees that produced 2 tons per ha.