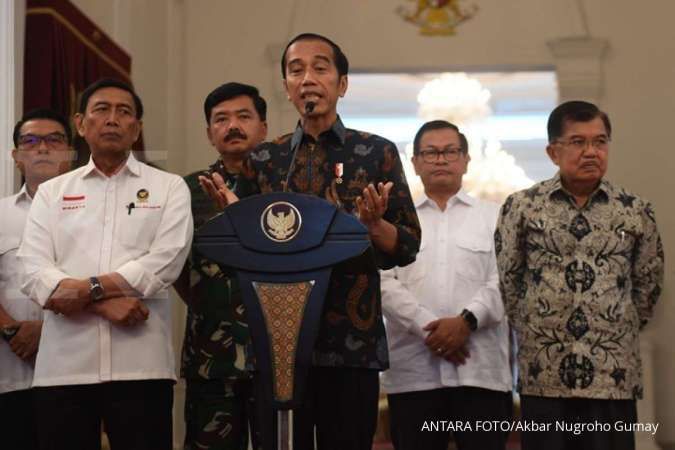 KONTAN.CO.ID - JAKARTA. Incumbent President and 2019 presidential election winner Joko “Jokowi” Widodo has again conveyed his hope to meet with rival Prabowo Subianto in a bid to ease post-election tensions and show the people at the grass roots that the “political elites are getting along well”.

Tensions surrounding the presidential election result, which confirmed Jokowi’s victory, recently escalated into protests that turned into full-fledged riots in Central Jakarta, killing at least eight people and injuring many others.

Jokowi confirmed on Friday that Vice President Jusuf Kalla had held a meeting with Prabowo on Thursday, which he said was initiated by Kalla and himself. The President claimed he did not yet know the subject of discussion between Prabowo and Kalla.

“Since after voting day I have conveyed our hope to engage [with Prabowo], but there has been no [opportunity] to meet until today,” Jokowi told journalists on Friday.

The President said that a meeting between him and Prabowo would be seen positively by the people and be able “to cool things down” since it could send signals that there was no problem among the political elites of the country.

“If the elites are harmonious and are getting along well, the people will also stay cool and calm,” Jokowi added.

The General Elections Commission (KPU) named Jokowi and running mate Ma’ruf Amin the winners of the 2019 presidential election earlier this week. Prabowo and running mate Sandiaga Uno, however, have decided to challenge the election result at the Constitutional Court.