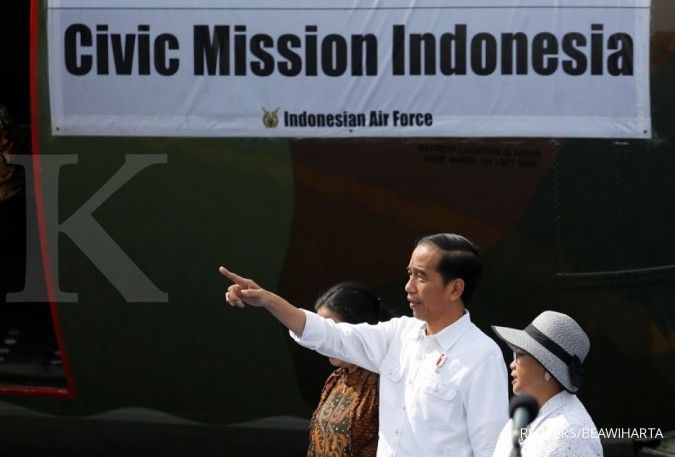 KONTAN.CO.ID - President Joko "Jokowi" Widodo on Wednesday dispatched aid to Rohingya refugees displaced from their homes in Myanmar and seeking refuge in Bangladesh.

The first batch of aid, which includes tents, rice, sugar and sanitation supplies, will be transported by four Hercules aircraft operated by the Indonesian Military.

After flying from Halim Perdanakusumah Air Base in East Jakarta, the aircraft will stop to refuel in Aceh before continuing on to the city of Chittagong in Bangladesh.

The aircraft will also transport 18 volunteers from Indonesia who will help with humanitarian work in refugee centers in Cox Bazaar, Bangladesh.

President Jokowi said the deployment of the Hercules aircraft would ensure that the aid could be delivered quickly.

"It will take longer if we ship the aid in containers," Jokowi said.

The exodus of more than 370,000 Rohingya from Rakine state began after militants attacked police posts on Aug. 25, prompting a military backlash.