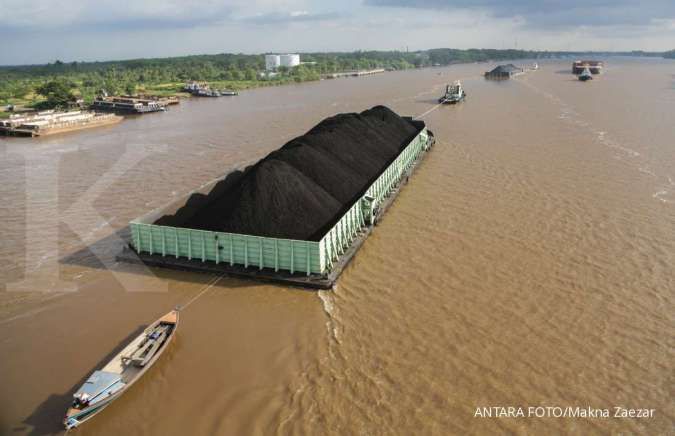 KONTAN.CO.ID - JAKARTA. Indonesia, the world's biggest exporter of coal used for power generation, is facing challenges in hitting its output target for the fuel because of heavy rains that have slowed activity at key mines in recent months

Global coal prices have soared to records this year on a recovery in industrial fuel demand and constrained mine output in top coal consumer China.

Indonesia targeted a jump in output and exports to capitalize on the boom, but heavy rains have slowed mine and port operations, mining executives told Reuters.

The Energy and Mineral Resources Ministry in April raised its 2021 output target to a record 625 million tonnes, 11% higher than 2020 output, from an initial target of 550 million tonnes, with the higher supply intended primarily for exports.

But through September output has risen by only 8.7% from a year earlier to an estimated 456.77 million tonnes, energy ministry data showed, while exports dropped 4.6% to 230.45 million tonnes compared to last year.

Indonesia's meteorology agency said half of Indonesian territory, including parts of key coal hubs Kalimantan and Sumatra, have seen the rainy season start earlier this year and with higher intensity.

Agency data showed that parts of Kalimantan registered rain volumes in August that were twice that month's average over the 1981-2010 reference period.

"Rains are unusually and very unseasonally heavy, and this has potential to influence output if they persist," said Dileep Srivastava, director of the country's largest coal miner Bumi Resources.