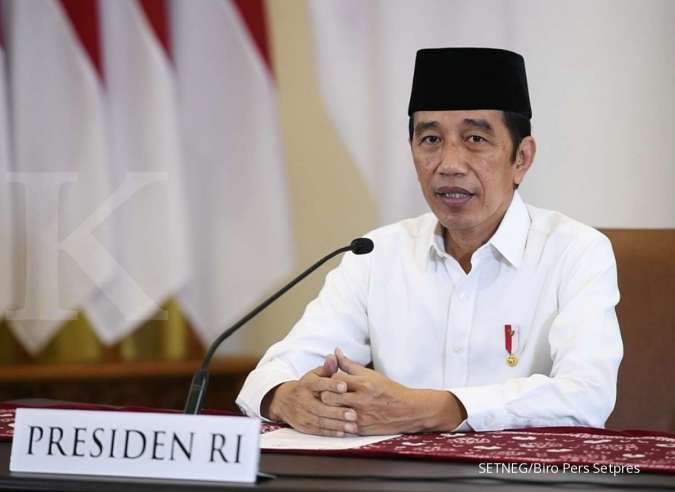 KONTAN.CO.ID - JAKARTA. Millions of Muslims in Indonesia on Tuesday celebrated Eid al-Adha, one of the most important Islamic festivals, as President Joko Widodo pledged that tighter coronavirus restrictions would remain in place until infection rates dropped.

COVID-19 cases in Indonesia are currently among the highest in the world due to the rapid spread of the Delta variant, despite the imposition this month of the strictest mobility restrictions so far during the pandemic.

In a streamed statement on the eve of the holiday, Jokowi said movement restrictions would only be lifted once cases have dropped.

"Imagine if this restriction is loosened and then the cases increase again and the hospitals are unable to contain the patients. This would cause our health facilities to collapse," he said.

The health system in some areas has been pushed to breaking point by a deluge of patients and on Monday Indonesia reported a record 1,338 coronavirus deaths.

The government, which is expected to announce a decision soon on whether to extend restrictions, has said it wants daily infections to come down to 10,000.

While Monday's 34,257 cases was the lowest number since July 6, the positivity rate remained high at 26.9% and infections have been repeatedly around 50,000 in the past week.

Muslims traditionally mark Eid al-Adha by slaughtering animals with the meat shared among family and given to the poor.

Some mosques displayed banners notifying visitors that mass prayers were not being held due to COVID-10 curbs, while in many areas including Bogor, south of Jakarta, people prayed in the open air on the street.

In Parung, West Java, a non-profit group was distributing meat door-to-door to those infected by the coronavirus.

"We are prioritising our brothers and sisters who have been tested with COVID-19 disease and who are self-isolating," said Jaballudin, an official at Dompet Dhuafa.

Despite restrictions, some mosque were reported to have flouted COVID-19 restrictions by holding mass prayers.

In the ultra-conservative province of Aceh - which is not under Indonesia's tightest coronavirus restrictions - photographs showed a crowded mosque with many people unmasked.