Indonesia warns unemployment to spike due to pandemic 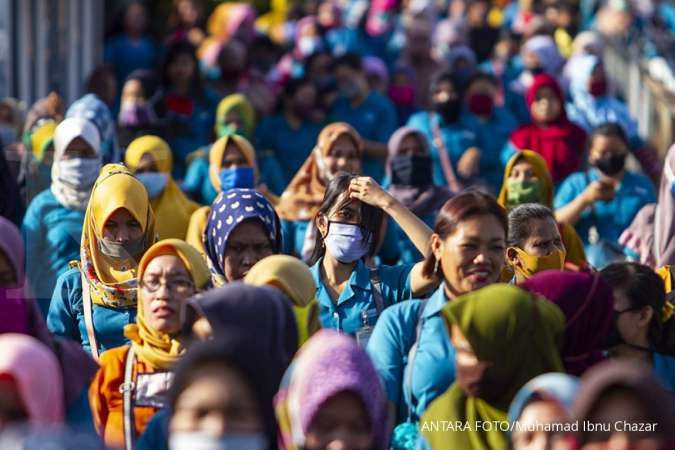 KONTAN.CO.ID - JAKARTA, June 22 (Reuters) - Indonesia's unemployment rate could hit the highest in more than a decade this year due to the coronavirus pandemic, with Southeast Asia's largest economy set to contract more than previously expected in the second quarter, ministers said.

Planning Minister Suharso Monoarfa told a parliamentary hearing on Monday 4 million to 5.5 million people could lose their jobs this year, pushing the unemployment rate up to 8.1%-9.2%, versus 5.28% in 2019.

The forecast is still more conservative than Indonesia's chamber of commerce and industry (Kadin), whose chairman expects new rounds of layoffs by August on top of an estimated 6.4 million jobs shed so far.

The number of people living below the poverty line is expected to rise to between 26.2 million to 27.5 million, Monoarfa said, representing a poverty rate of 9.7%-10.2% in a country with more than 260 million people.

"This pandemic between March 30 to June 6 ... has resulted in massive losses in working hours. This has shed around 362 trillion rupiah ($25.67 billion) in purchasing power," he said.

His ministry's estimates were made assuming 2020 gross domestic product comes in within a range of a 0.4% contraction to a 1% expansion.

Finance Minister Sri Mulyani Indrawati told the same hearing second-quarter GDP was expected to contract 3.8%, compared with her previous estimate for a 3.1% drop.

She also warned a rising number of coronavirus cases recorded in some of Indonesia's biggest provinces, such as East Java, could increase pressure on GDP.

Baca Juga: Factbox: Latest on The Worldwide Spread of Coronavirus

Monoarfa predicted foreign exchange earnings from tourism this year would slump to $3.3 billion-$4.9 billion, from $19.7 billion in 2019.

The government has allocated nearly $50 billion in spending on healthcare, social protection and economic stimulus programmes to try to manage the pandemic's impact. ($1 = 14,100.0000 rupiah)