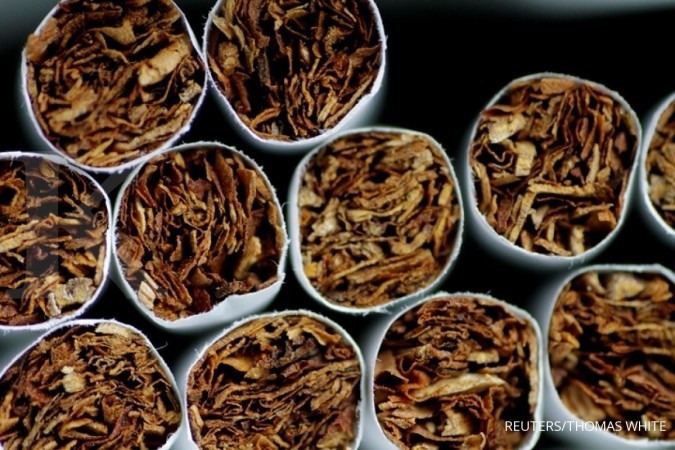 ILUSTRASI. The increase was smaller than the 23% average excise tax hike for tobacco products this year.

KONTAN.CO.ID - JAKARTA. Indonesia will raise the excise tax on tobacco products by an average of 12.5% in 2021, the country's finance minister said on Thursday, citing a need to balance efforts to control smoking with the need to support an industry that is a major employer. The 2021 increase compares with the 23% average excise tax hike this year and may disappoint health groups pushing for stronger action in a country with one of the highest smoking rates in the world.

"We are trying to balance the health aspect with the economic condition generally that is impacted by COVID-19, especially for workers and farmers," Minister Sri Mulyani Indrawati told a virtual news conference.

About 70% of adult men use tobacco products in Indonesia, according to the World Health Organization (WHO), one of the highest rates globally, with cigarette prices also among the lowest of any country.

The WHO said every year around 225,700 people in Indonesia die from smoking or tobacco-related diseases.

The government has been raising taxes on tobacco products almost every year since 2014, but WHO data shows smoking prevalence among adolescents aged 10–19 years had jumped by approximately 20% in a five year period to 2018, while the adult prevalence had not shown a decline, bucking global trends.

She said, however, the tax hike would not impact hand-rolled clove cigarette producers, which are dominated by small- and medium-sized players.

Tobacco taxes are often controversial in Indonesia, with big tobacco companies often saying a decline in sales hurts the livelihood of farmers and increase sales of illegal cigarettes.