Indonesia to give tax incentives for sales of some cars 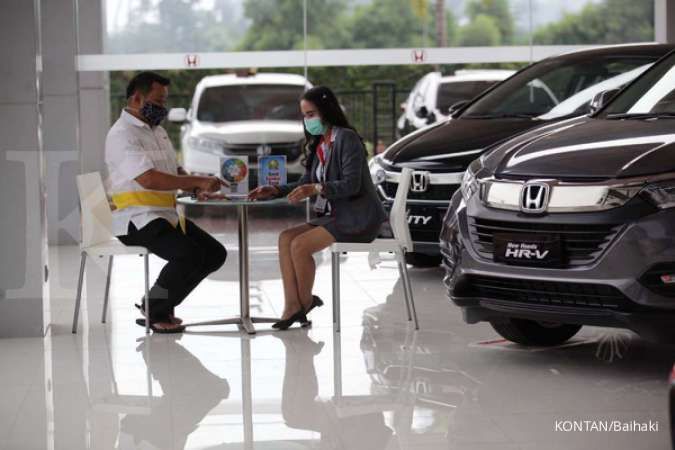 ILUSTRASI. Indonesia will temporarily remove a luxury tax on sales of some cars

KONTAN.CO.ID - JAKARTA. Indonesia will temporarily remove a luxury tax on sales of some cars to bolster its automotive industry, which has been badly hit by mobility restrictions to contain the coronavirus epidemic, its economic ministry said.

From March to May, the government will remove a luxury tax for sales of sedans and two-wheel drive cars with engine power below 1,500 cc, according to a statement from the coordinating ministry of economic affairs late on Thursday. The current luxury tax rates for such sales range between 10% to 30%.

In the next three months after that, the government will give a 50% discount for luxury tax payments and the following three months, the discount will be halved, the ministry said, adding that the scheme would be evaluated every three months.

Car sales in Southeast Asia's largest economy have recovered after a dramatic plunge at the beginning of the pandemic, but have yet to return to pre-pandemic levels. Total sales in 2020 were just over 532,000 units, about half of the previous year.

The economic ministry said the auto industry is important for Indonesia's economy, with car makers, dealers and workshops providing employment for 1.5 million people. The tax incentive could boost production by 81,752 units, the ministry said.

Indonesia's gross domestic product contracted for the first time since the 1998 Asian financial crisis last year, by 2.07%, as the pandemic dealt a blow to household consumption and investment.

The car market in Indonesia is dominated by Japanese brands, with Toyota, Daihatsu, Mitsubishi and Honda leading sales.

The automakers association Gaikindo had previously been pushing the government for months for tax breaks to entice buyers.

Gaikindo and car companies were not immediately available to comment due to public holiday.

Selanjutnya: India to be largest source of energy demand growth to 2040