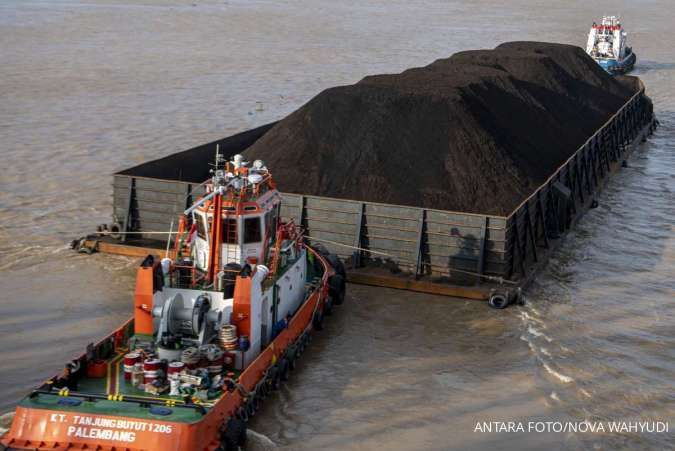 KONTAN.CO.ID - JAKARTA. Only coal miners compliant with Indonesia's new regulations on domestic market sales will be cleared to restart shipments when a coal export ban expires next week, with 171 miners approved so far, a ministerial advisor said on Thursday.

Those given the green light had either complied fully with a Domestic Market Obligation (DMO) on sales to the local market or agreed to pay fines, while many other miners were still being assessed, said Irwandy Arif, an advisor to the energy minister.

His remarks indicate no wholesale resumption of shipments from the world's biggest thermal coal exporter after the Jan. 31 expiry of the ban, which Indonesia abruptly imposed at New Year to boost coal stocks at power plants and avert widespread outages.

"Currently, the DMO must absolutely be met by every coal mining business license holder and is an important requirement for business entities to be able to export," Irwandy told an online seminar.

The DMO stipulates miners must sell a quarter of their output locally, at a price no higher than $70 per tonne for power generators.

There are about 600 coal mining companies in Indonesia.

Irwandy later confirmed to Reuters that those updated regulations on the DMO must still be met, even after the ban on coal exports is lifted.

At Thursday's seminar, senior ministry official Ridwan Djamaludin said the government would see by the end of the month how many firms could meet the requirements.

He said at least eight countries had reached out during January requesting the ban be lifted, he said, and Indonesia recognised the importance of easing the ban in certain cases.

"We don't want them feel that doing business with Indonesia is uncertain, so when the ships were ready to leave and they have been paid for, they were prioritised," he said.

"We do try to maintain balance."

The chief of State utility Perusahaan Listrik Negara (PLN) on Wednesday said February's coal supply had been secured and there would be no repeat of the crisis that came close to causing major power outages.