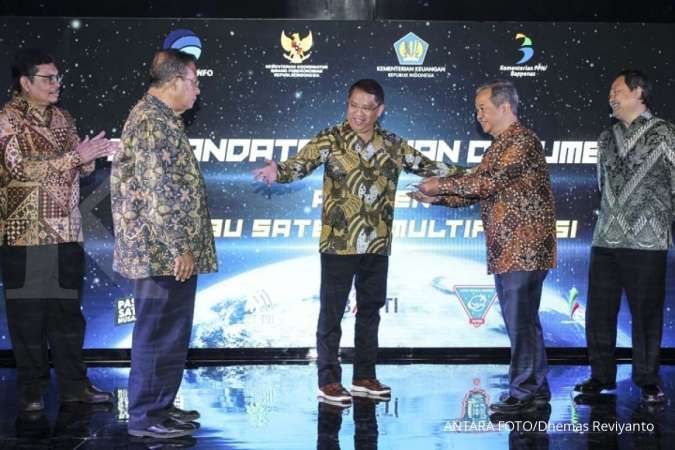 KONTAN.CO.ID - JAKARTA. Thales Alenia Space, a Franco-Italian aerospace manufacturer, announced on Monday that it had been selected to build “Satria”, a 150 Gigabits per second (Gbps) satellite.

The project was targeted to be completed in 2022, when satellite operator Pasifik Satelit Nusantara (PSN) – which runs the Satria project on behalf of the Communications and Information Ministry – is slated to launch it  into space.

Once operational, Satria will beam internet connectivity to 149,000 public buildings around the country, 87 percent of which will comprise schools, clinics and government offices, located outside Java.

“We are particularly honored to provide to PSN for the ministry’s first VHTS [very high throughput satellite] telecommunication satellite, which will be the most powerful one over the Asian region,” said Thales chief executive officer (CEO) Jean Loic Galle in a statement.

He added that Thales would not only build the satellite but also construct two control centers and train PSN engineers to operate the machine.

Thales, however, did not reveal the total cost of the project except that it was part of the ministry’s Rp 21.4 trillion (US$1.5 billion) budget to build, launch and operate Satria for 15 years.

PSN president director Adi Rahman Adiwoso said in the statement that the Satria satellite was part of the company and the ministry's goal “to provide communities with equal access [to the internet].”

The satellite is expected to boost internet penetration above the 64.6 percent recorded last year, according to the Indonesian Internet Service Providers Association.