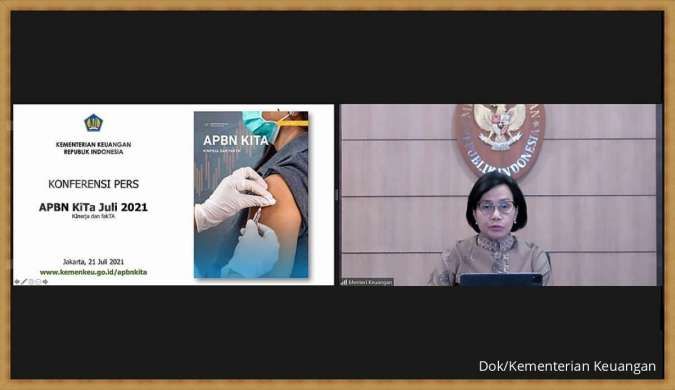 Indonesia had earmarked 214.95 trillion rupiah to fight the virus in recently revised spending plans, but the devastating impact of the Delta variant of the coronavirus could increase that figure by as much as 40% to 300 trillion rupiah.

"That is an incredibly large number," finance minister Sri Mulyani Indrawati said during an online seminar.

Sri Mulyani did not provide a breakdown of how the increased budget would be allocated or offer an assessment as to how it could impact the 2021 fiscal deficit.

The amount accounts for the purchasing of vaccines, treatment of COVID-19 patients, and paying healthcare worker salaries, among other costs.

Indonesia has been grappling with a surge of COVID-19 cases since June, driven by the highly contagious Delta variant, and officials have imposed strict movement curbs since July.

While overall case numbers have been on the decline, the health ministry has still reported on average more than 36,000 COVID-19 cases and 1,500 deaths a day over the last week.

Just 10% of Indonesians have been fully vaccinated since a mass inoculation campaign began in January, although the government has said it would accelerate its vaccination drive.

Last year, Sri Mulyani pledged to keep this year's fiscal deficit estimate at 5.7% of GDP, despite pressure to increase spending.

Rating agencies have warned any loosening of the country's hard-won fiscal discipline could bode ill for its credit ratings.