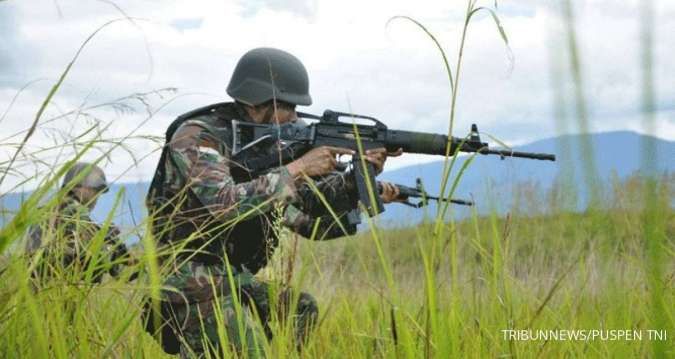 KONTAN.CO.ID - ​JAKARTA. Security forces in Indonesia have killed a separatist commander in a shootout in the easternmost province of Papua, police said, amid a crackdown after the killing of a senior intelligence official.

The commander, Lesman Waker, was killed near one of his group's hideouts in the resource-rich province which has been roiled by separatist demands for decades.

"The scene of the shooting was around the village of Wuloni, which is suspected of being one of the hiding places of the Lekagak Talenggeng terrorist group," police said in a statement late on Thursday.

Police accused members of Waker's group of the April killing of the intelligence agency officer, Brigadier General Putu Dani, who headed agency operations in the region.

His killing sparked calls by President Joko Widodo and politicians for a tougher security response.

Police also said Waker was responsible for an ambush last month in which a policeman was killed.

Indonesia has deployed 400 battle-hardened soldiers in Papua, drawing a warning from an exiled independence leader that the security forces were set to launch their biggest operation in the area in decades.

Police said they and the military were continuing search operations after taking control of the separatist camp at Wuloni.

Papuan separatists have pushed for independence in the former Dutch colony for decades, saying a 1969 vote overseen by the United Nations that brought the region under Indonesian control was illegitimate.

This week, authorities arrested Papuan independence leader Victor Yeimo over accusations that he orchestrated some of the most serious civil unrest in decades that broke out in 2019.

In a development that has alarmed rights activists, Indonesia has announced that armed Papuan separatists can be legally designated "terrorists" and prosecuted under tough counterterrorism laws.