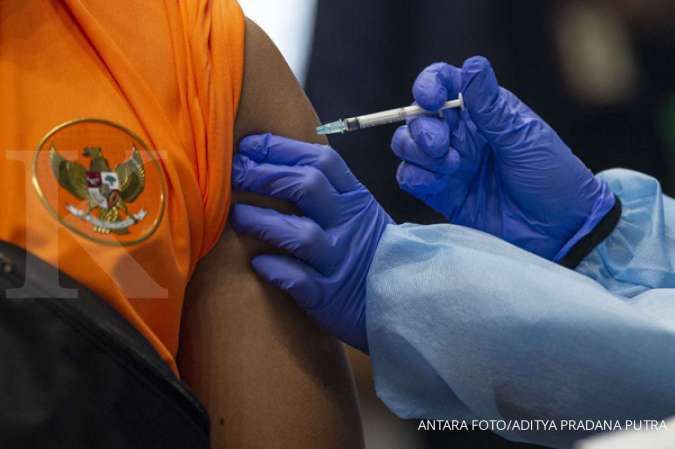 ILUSTRASI. Indonesia has authorised one of the world's first private vaccination schemes

KONTAN.CO.ID - JAKARTA. Indonesia has authorised one of the world's first private vaccination schemes to run alongside its national programme so that companies can buy state-procured vaccines to inoculate their staff in Southeast Asia's biggest country.

The initiative, approved by a government regulation, has drawn criticism from some health experts who warn it could worsen inequity.

The world's fourth most populous country has launched an ambitious programme to vaccinate 181.5 million people for free in about a year, but business had been pushing for a way of inoculating staff faster to open up the economy.

The regulation stipulates that companies can buy vaccines and inoculate staff and their families for free at privately-run health centres with vaccines distributed by state-owned pharmaceutical company Bio Farma.

The vaccines in the scheme must differ from the current rollout, which includes China's Sinovac Biotech and is slated to include the AstraZeneca and Novavax vaccines.

"The scheme cannot disturb the rollout currently done by the government," Siti Nadia Tarmizi, a senior health ministry official, told a news conference on Friday, adding there were still preparations to be made before it could start.