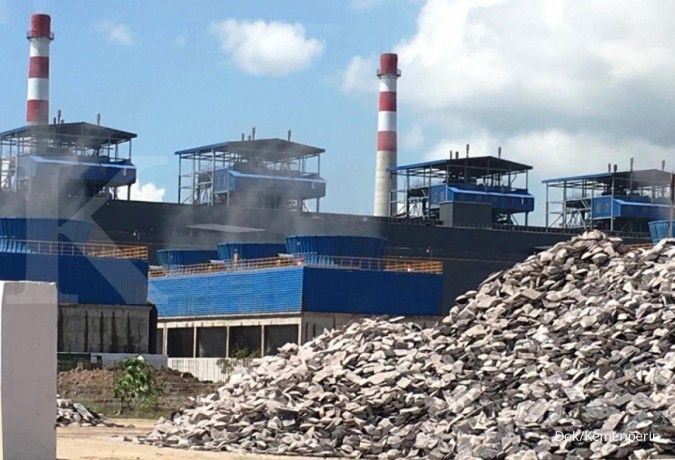 KONTAN.CO.ID - JAKARTA. Indonesia's government is discussing with a parliament committee a plan to limit construction of smelters producing nickel pig iron or ferronickel in order to optimise nickel ore use for higher-value products, members of parliament said on Thursday.

Putting a restriction on construction of such plants is deemed necessary because of limited saprolite nickel ore reserves, the mining ministry said in a document presented to parliament this month. Eddy Soeparno, chairperson of the parliamentary committee, verified the document.

The government also said that many plants producing nickel pig iron (NPI) or ferronickel (FeNi) are expected to export their output directly, without further processing into stainless steel at home, according to the document.

"This restriction is necessary because of the problem of low added value for exports of class 2 smelter products, such as FeNi and NPI," said member of parliament Mulyanto, who took part in the discussion. He has only one name.

"What needs to be promoted is exports of stainless steel, or at least nickel sulphate, so we can achieve higher value add because the price gap is quite wide," he said.

The government estimated that in 2025 every 100,000 tonnes of FeNi production could generate state revenue of $135.6 million, but production of the same amount of nickel sulphate could generate $153.75 million in revenue, the ministry said in the document.

However, Mulyanto said this was still a government proposal that required more discussion and that no details had been clearly defined.

A spokeperson for the mining ministry declined to comment about the discussion. A senior ministry official did not respond to a request from Reuters for comment.

A spokesperson for Coordinating Minister Luhut Pandjaitan, who oversees the mining sector, said no policy decision had been reached but the government had been reviewing the supply and demand gap for mineral products.

"Therefore our sectoral strategy is to become self-reliant, increase refining capacity to make Indonesia a competitive and diversified economy."