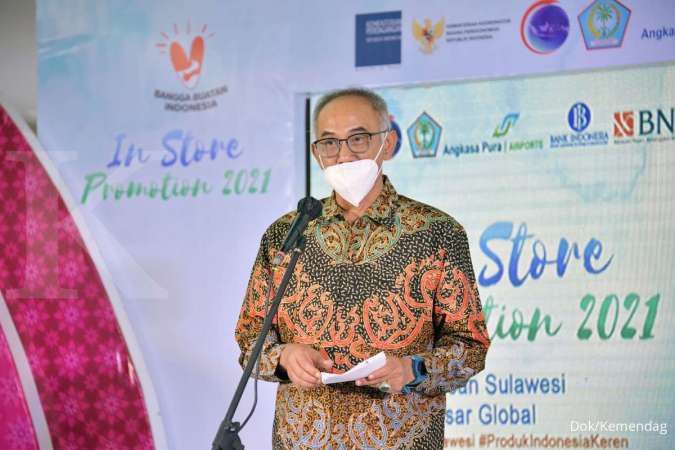 KONTAN.CO.ID - JAKARTA. Indonesia as of Friday has issued export permits for a total of 275,454 tonnes of palm oil products, senior Trade Ministry official Oke Nurwan said, since allowing exports to resume in late May.

The permits were granted to 21 companies mostly for refined, bleached and deodorised (RBD) palm oil and olein, he said. The export allocation rose from a total of 179,464 tonnes a day earlier.

The world's top palm oil producer Indonesia imposed an export ban on the widely used vegetable oil on April 28 and lifted it on May 23. But it has put in place a policy that requires producers to sell a portion of their products at home in order to secure export permits.

While markets were relieved by the resumption, shipments have been slow, which kept benchmark crude palm oil prices in Malaysia elevated, traders said.

Indonesian officials have said the country aims to allocate 1 million tonnes for exports based on domestic sales during the export ban, but did not specify a timeframe.

"Because of this, a number of palm oil mills had stopped taking in palm oil fruits from farmers," Eddy said.

"We are really hoping the export allocation can take off so export levels can return to normal," he said, urging the government to allow bigger export quotas during the early period of export resumption to allow producers to free up inventories.

Separately, Indonesia's Palm Oil Workers Union (SPKS) said in a statement on Thursday that prices of palm oil fruits in ten provinces were yet to recover to pre-export ban level after falling by about 75% as palm mills scrambled to sell locally to cope with the export ban.

SPKS said in some places independent palm oil farmers had to wait in line for two to three days to sell their fruits to mills.