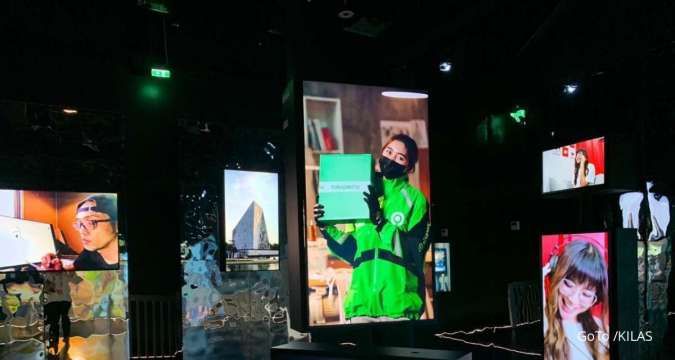 The higher growth of the revenue compared to the GTV growth shows that GoTo is getting better in monetization. Not only trying to improve the topline, GoTo also paved its track to profitability with efficiency in incentives and promotional spending, resulting in Group adjusted EBITDA improved by 44 basis points quarter on quarter to -2.3% from -2.8% in the second quarter of 2022.

Contribution margin for On Demand Services has also turned positive in September and Group contribution margin improved, both faster than anticipated and beating guidance by 46 basis points quarter on quarter to reach -0.7% of the company’s total GTV. This is the third consecutive quarter with sequential improvement in contribution margin.

The company also took further cost savings measures and saved up to Rp 269 billion year to date, including Rp 144 billion in operating expenses.

Andre Soelistyo, GoTo Group CEO, said “the improved margins have not come at the expense of top line growth, demonstrating the resilience of our business and the relative strength of the Indonesian economy. The financial and operational results we achieved in the third quarter provide reassurance that we can accelerate even faster towards profitability, and we will continue to play to our strengths as the largest digital ecosystem in Indonesia.”

The company attributed its business resilience to its strategy shift from incentive-led to product-led growth focusing on high-quality users. Some of the examples include GoPay Coins, a unified rewards currency that enables customers to earn, redeem and spend points for any transaction within the GoTo ecosystem, and subscription based program GoTo Plus.

Since GoPay Coins was rolled out across the whole ecosystem at the end of June, approximately 21% of GoTo’s annual transacting user base have been issued with GoPay Coins. To date, the increased utilization of GoPay Coins has demonstrated 2.3x higher conversion for cross-platform user acquisition compared to other incentives, and lowered customer acquisition costs by 20% compared with standalone platform incentives.

GoTo Plus, the company’s pilot subscription program announced last quarter, has achieved over 50k subscribers within a short period. Based on preliminary data, Plus subscribers transact and spend more than 5x compared to non-subscribers to date.

Moving forward, the company remains focused on its path to profitability as its top priority by improving topline, contribution margin, and adjusted EBITDA over the coming quarters.

For the full year 2022, the Company’s guidance expects:

For the contribution margin break even timeline, the Company reiterates its guidance: