Gold slides over 2% as dollar firms after Powell's renomination 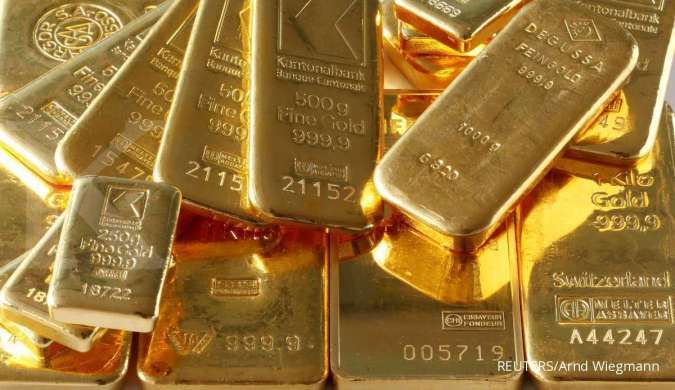 ILUSTRASI. Gold prices fell more than 2% on Monday as the dollar jumped after Federal Reserve Chair Jerome Powell was nominated for a second term.

KONTAN.CO.ID - JAKARTA. Gold prices fell more than 2% on Monday as the dollar jumped after Federal Reserve Chair Jerome Powell was nominated for a second term, driving expectations that the central bank may stay the course on tapering economic support.

"Gold sold off on notions that maybe the Fed would keep on its present monetary policy path as opposed to a Lael Brainard nomination," which would have been perceived as paving the way for more dovish policy, said Jim Wyckoff, senior analyst at Kitco Metals.

"But it's just a knee-jerk reaction by the gold market," Wyckoff said, with the dollar rallying to its highest since July last year. The news also led to a jump in U.S. Treasury yields.

"The move higher with real yields has accelerated some of gold's weakness, but it is way too early for investors thinking this is the beginning of a sustained trend," said Edward Moya, senior market analyst at brokerage OANDA.

Fed policymakers are debating whether to withdraw support more quickly to deal with inflation, after one of its most influential officials signalled that the idea will be on the table at the December meeting.