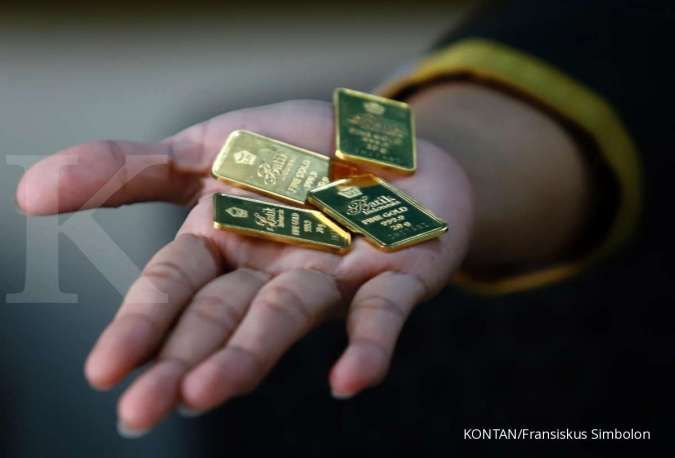 ILUSTRASI. Gold prices rose to a 2-1/2-month high on Friday and were on track for their best week in six months.

KONTAN.CO.ID - JAKARTA. Gold prices rose to a 2-1/2-month high on Friday and were on track for their best week in six months, boosted by a weaker dollar and a pullback in Treasury yields as investors cautiously await U.S. non-farm payrolls report due later in the day.

"The U.S. jobs data is very important point ... if data comes out really good, we can see people being more positive on the economy and it might lead to Federal Reserve increasing the interest rates earlier than expected, which will impact gold."

The dollar index slipped to a one-week low against its rival, while benchmark U.S. 10-year Treasury yields hovered close to a two-week low.

The economic outlook is brightening, but more improvements are needed before the Fed will start to scale back monetary support, Cleveland Fed Bank President Loretta Mester said.

Spot gold may test a resistance at $1,830 per ounce, a break above could lead to a gain to $1,847, according to Reuters technical analyst Wang Tao..