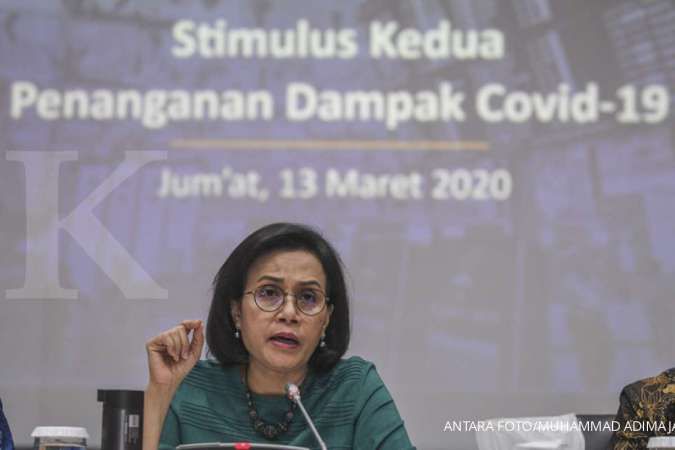 KONTAN.CO.ID - JAKARTA. Indonesia's economic recovery was "very fragile" and could reverse as shown by tax revenue data in July, the country's finance minister said on Tuesday, warning that the economy faced a struggle to avoid a recession.

Revenues had improved temporarily in June after coronavirus-induced restrictions were eased, but the improvement stagnated in July and contributions from some sectors such as trade, mining and construction deteriorated, Minister Sri Mulyani Indrawati said, describing this as "a map that shows our economic recovery is very fragile and may reverse."

Indrawati said for Southeast Asia's largest economy to record flat growth of around 0% in the third quarter would "require an extraordinary struggle". The economy contracted 5.32% in April-June from a year earlier.

Baca Juga: Protest at Freeport's Grasberg mine in Indonesia extends to second day

"We will see if the trend continues in August, whether we can stay in the zone of near 0% and we can continue to guard against falling into recession," she said.

Just over a quarter of the nearly $50 billion fund set aside to ease the impact of the pandemic on businesses and households had been disbursed, she said.

Economists have criticised the government for spending too slowly and Indrawati said the government was working to accelerate expenditure, including by redesigning programmes that might not work.

She listed new programmes, such as additional cash transfers for low income workers and an additional 11.2 trillion rupiah ($765 million) in government funds placed in provincial development banks, among efforts to prop up economic growth.

The minister expects the country's fiscal deficit to be 6.34% of GDP, with the government having earmarked $187 billion for its 2020 budget.

"Our outlook depends very much on consumption and investment and the government will use our instruments to support the recovery," she said.