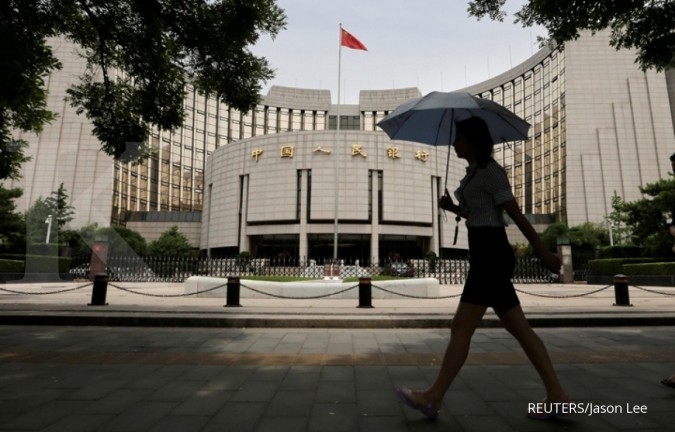 KONTAN.CO.ID - SHANGHAI. China cut its new benchmark lending rate on Wednesday, as widely expected, moving to drive down funding costs and shore up an economy hurt by slowing demand and trade tariffs.

The LPR cut is the latest in a series of creeping reductions in interest rates as China tries to push commercial banks to lend more to small and medium businesses hurting from a slowing economy.

All 64 respondents in a Reuters snap survey on Tuesday expected a reduction in the one-year LPR. Thirty-seven respondents also expected another cut in the five-year LPR.

Yan Se, chief economist at Founder Securities in Beijing, said the reduction in the one-year LPR was reflecting similar cuts in the other two interbank rates earlier this month, underlining the central bank's aim to lower borrowing costs to bolster activity in the broader economy.

The People's Bank of China (PBOC) unexpectedly trimmed a closely watched lending rate on Monday, the first such cut in more than four years following a cut in the medium-term lending facility (MLF) just two weeks ago, a signal to markets that policymakers are ready to act to prop up slowing growth.

The one-year LPR has been lowered three times since it became the official lending benchmark in August and this week's rate cuts suggest the central bank is keen to push ahead with lowering costs across the curve despite pressures on inflation from rising pork prices from an outbreak of African Swine Fever.

"With the prop from recent monetary easing likely to be underwhelming and headwinds to economic growth mounting, we think the PBOC will start to cut rates more aggressively in the coming months," Martin Lynge Rasmussen, China economist at Capital Economics, said in a research note.

The five-year LPR was also cut for the first time since its debut in August. It is a gauge the market uses to price housing mortgages.

Tommy Xie, head of Greater China research at OCBC Bank, said the cut was a reflection of the overall easing environment in China.

Xie said it was "buying more time for the manufacturing sector to stabilise and infrastructure sector to catch up," adding it was "still a balancing act, but I doubt it means a shift in housing policies".

Some analysts had noted that wording on property policy in the PBOC's third quarter monetary policy statement was slightly changed from past reports, fuelling speculation there could be a marginal easing in the sector.

The central bank removed the line saying "housing is for living in, not for speculation" but kept "the property sector should not be used as a short-term stimulus for the economy", which appeared in its second quarter report.