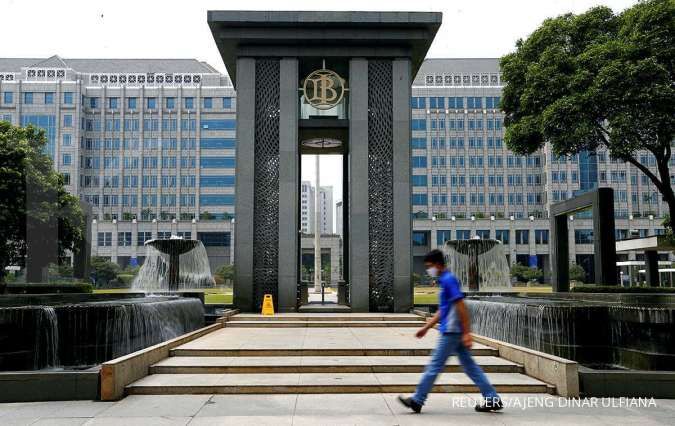 KONTAN.CO.ID - JAKARTA. Indonesia's central bank plans to reduce the amount of excess liquidity in the banking system next year without disrupting lending, but will keep interest rates low until it sees signs of inflation rising, its governor said on Wednesday.

This would reflect a shift in Bank Indonesia's (BI) monetary policy stance to "pro-stability" in 2022, from "pro-growth" currently, Perry Warjiyo said, adding that the bank's other policies will remain supportive of the economic recovery.

The reduction in excess liquidity would be BI's first move to unwind its pandemic-era, ultra-loose monetary policy.

Warjiyo's remarks, made at an annual gathering with financial stakeholders, were in line with his earlier comments on 2022 policy tightening plans, even as BI downgraded its 2021 economic outlook after disappointing third quarter growth.

"Excess liquidity in the banking system, which is currently very large, will be reduced gradually and cautiously so as not to interfere with the ability of banks in lending and purchasing of state securities to finance the state budget," he said.

"The policy of low interest rates... will be maintained until there are early indications of rising inflation."

Annual inflation hit a five-month high of 1.66% in October but has remained below the central bank's 2%-4% target range since mid-2020.

BI has injected more than 860 trillion rupiah ($60.26 billion) of liquidity into the financial system since last year, including through direct purchases of government bonds, and delivered 150 basis points worth of rate cuts to help the economy withstand the pandemic.

Satria Sambijantoro, economist at brokerage Bahana Sekuritas, said BI could ease liquidity by reducing its bond holdings but was unlikely to pull out significantly from the market given inflation remained benign.

Southeast Asia's largest economy grew by a slower-than-expected 3.51% in the third quarter as restrictions to fight a deadly COVID-19 wave weighed on activity.

But some of those curbs have since been relaxed, while growth has been supported by robust exports, buoyed by rising commodity prices.

At the same forum, President Joko Widodo stressed that he wants Indonesia to move away from exporting raw commodities in order to attract investment into downstream industries.

Fakhrul Fulvian, economist with Trimegah Securities, said more efforts to revive weak domestic demand are needed. Household consumption, which makes up over half of Indonesia's GDP, has remained tepid after being hit by COVID-19.

Although coronavirus restrictions have been largely eased, some sectors such as tourism have yet to fully reopen, while authorities plan to tighten curbs around Christmas to prevent big gatherings.

Widodo said authorities would not hurry to reopen economic sectors in order to avoid the emergence of new COVID-19 waves.